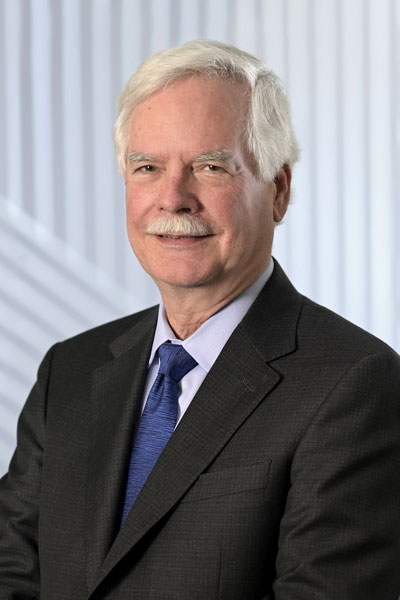 There are literally thousands of articles published every year that are important articles in the oncology space now. No one physician could ever keep up with that literature.

In 1995, a group of doctors who advocated treating breast cancer with high dose chemotherapy with bone marrow transplantation made an attempt to include that highly toxic procedure in the guidelines of the nascent National Comprehensive Cancer Network.

The believers asked to argue their case before the guideline-writing committee, and a meeting took place at a small conference room at the Hilton at O’Hare International Airport sometime in 1995, a bit before NCCN’s first annual conference.

“And that draft was reviewed by members, then, of the board of directors, some of whom thought that the use of high-dose therapy with transplant in breast cancer should have been included in the guideline itself. They were convinced that the data was strong.”

Rodger Winn, who at that time ran the guidelines program, arranged a meeting where the transplanters made a case, based on tumor registry data and non-randomized trials that had used historical controls. Carlson had seen many versions of that presentation before—as had many others. And, like many others, he was determined to await completion of randomized trials that were being performed by NCI.

The discussion between true believers and skeptics focused on the usual subjects: selection bias, the limitation of historical controls.

“It was a spirited, let’s say, discussion, with substantial disagreement; sometimes got heated,” said Carlson, now the NCCN CEO. “At one point in time, I looked at the person who was leading the transplant presentation, and just looked at him and said, ‘If that’s really what you think, then we’re done. We’re done.’

“And I collected my stuff and headed for the door. And Rodger, bless his little soul, ran over to the door, literally locked the door, and turned around and said, ‘You can’t leave, Bob. You’ve got to stay.’”

Carlson and the rest of the NCCN guidelines panel held their ground and transplanters didn’t get their way. But what if they had prevailed? Would NCCN have been able to establish its scientific credibility?  In our conversation, Carlson and I hashed out these what-ifs.

NCCN, an organization that held its 25th annual conference last week, was founded with the goal of promulgating practice guidelines based on the standards of care at elite academic institutions in the U.S. (The Cancer Letter, March 15, 1996).

Read the transcript and view the video on the Cancer History Project.
CONTINUE READING
Byline