The importance of staging lung cancer consistently and correctly worldwide

Despite much progress in lung cancer over the last decade, lung cancer is the most frequent cause of cancer death.

The IASLC staging system is a well-validated and accurate system that has led to the development of several accompanying guidelines and educational materials. The IASLC Staging Manual in Thoracic Oncology is one such guideline and reports on the latest revisions of the tumor, node and metastasis (TNM) classifications of thoracic malignancies; namely, lung cancer, malignant pleural mesothelioma, carcinoma of the esophagus and of the esophago-gastric junction and thymic epithelial tumors.

Proper staging of lung cancer and other thoracic malignancies accurately is important for making treatment decisions and ensures the best standardized care for patients worldwide.

The history of the staging system

The IASLC established an international Staging Committee in 1997, now known as the Staging and Prognostic Factors Committee (SPFC). The IASLC SPFC collects and combines lung cancer data sets to inform changes to the lung cancer TNM staging system with worldwide representation including all treatment modalities.

The data sets include a large amount of data regarding the size of tumors, lymph node status, and metastasis. This data provided the basis for staging recommendations that were adopted by the Union for International Cancer Control (UICC) and the American Joint Committee on Cancer (AJCC). Before the IASLC Staging Project, data collected for staging of lung cancer came from a smaller group of patients, almost exclusively based in the U.S. and was based on about 6,000 patients.

The IASLC Staging and Prognostic Factors Committee (SPFC) proposed revisions to the lung cancer staging system for the 8th edition of the TNM Classification of Malignant Tumours. The Union for International Cancer Control (UICC) and the American Joint Committee on Cancer (AJCC) accepted these revisions, and the 8th edition of the TNM Classification was implemented in January 2017. In the United States and most of the world, implementation was delayed until January 2018; now, the new edition has been enacted worldwide.

The new database, which informs the Eighth Edition of the TNM Classification of Lung Cancer (The IASLC added our data beginning with the Seventh Edition), consists of 94,708 eligible patients diagnosed around the world from 1999-2010. The objective was to further explore and analyze the impact on prognosis of tumor size and of the different T descriptors; the prognostic significance of tumor burden in hilar and mediastinal lymph nodes; and the confirmation of the revised M1 categories (M1a and M1b) of the seventh edition of the classification along with the prognostic impact of number and anatomic location of metastases.

Staging is a tumor classification system that, in principle, reflects the anatomical extent of the tumor based on the extent of the primary tumor (T), the nodal spread (N) and the distant metastases (M). Revisions from the 7th to 8th edition were made to achieve refined prognostic capabilities and to help clinicians stratify tumors/ patients based on expected prognosis. Treatment modalities are very much dependent on stages of the disease. Therefore, a uniform staging system is important for determining the best treatment modality for the individual patient. It is also important for comparisons of treatment results from clinical trials.

The second edition of the IASLC Staging Manual in Thoracic Oncology includes:

Information on the four above-mentioned neoplasms, instead of the first edition’s sole focus on lung cancer and mesothelioma.

There are original chapters on the new recommendations proposed by the IASLC for classifying lung cancers presenting with multiple lesions, for measuring tumor size and for coding the newly described adenocarcinoma in situ and minimally invasive adenocarcinoma, as well as on prognostic factors.

There are color atlases graphically describing the TNM classifications of the four thoracic malignancies.

Additional chapters assist in the classification of tumors with characteristics that do not fit in the present official descriptors.

Differences in the TNM Classification of Lung Cancer

The main differences between 7th and 8th editions are the following:

The IASLC offers a wealth of resources to help doctors and nurses worldwide stage lung cancer, including a Staging Manual in Thoracic Oncology, a Staging Handbook in Thoracic Oncology, a staging app, laminated staging cards and posters, a collection of peer-reviewed scientific articles, and a comprehensive website. These tools can assist with implementation of the protocol in routine daily care.

Finally, the IASLC Staging Articles contain the science behind the revisions introduced in the 8th edition of the TNM classification. These articles have to be read thoroughly because they provide all the necessary information on the database used for the revision, the methodology applied, the results of the numerous analyses and their interpretation. Any doubt that one may have reading the core information included in the laminates, posters and apps will be solved by reading the landmark paper (ref. Goldstraw P, Chansky K, Crowley J, et al. The IASLC Lung Cancer Staging Project: Proposals for Revision of the TNM Stage Groupings in the Forthcoming (Eighth) Edition of the TNM Classification for Lung Cancer. J Thorac Oncol 2016;11:39-51.)

While the 8th Edition of the international staging system was recently published, the IASLC is currently working on the 9th Edition, which will include molecular characteristics added to the TNM system. Given the rapid progress in the understanding of lung cancer, it’s critical that our staging system keep up. Small changes in the precision of diagnosing and treating lung cancer can make large changes in a patient’s outcome. 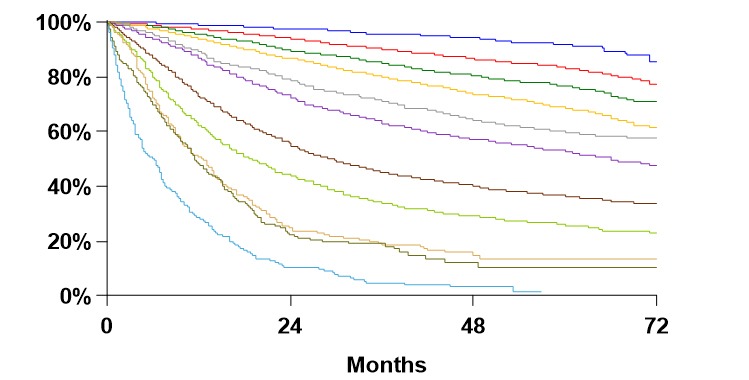 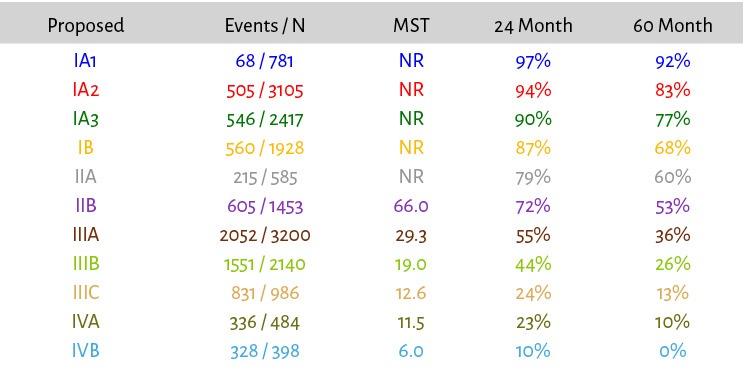 The organization has grown significantly from 3,000 (2013) to about 8,000 members in >100 countries. Data from survival curves clearly shows that the earlier lung cancer patients are diagnosed, the better their outcomes. Thus, lung cancer screening and prevention efforts have high priority in IASLC. The IASLC is working on a global database for screening lung cancer patients more effectively and efficiently, hopefully helping the field take another large step toward the goal of making lung cancer a curable disease.

The IASLC is, of course, also involved in developing other educational and research activities and recently published CAP/IASLC/AMP guidelines for molecular testing of patients with lung cancer (ref. Lindeman NI, Cagle PT, Aisner DL, et al. Updated Molecular Testing Guideline for the Selection of Lung Cancer Patients for Treatment With Targeted Tyrosine Kinase Inhibitors: Guideline From the College of American Pathologists, the International Association for the Study of Lung Cancer, and the Association for Molecular Pathology. J Thorac Oncol. 2018;13(3):323-358.) 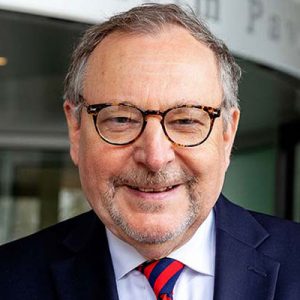