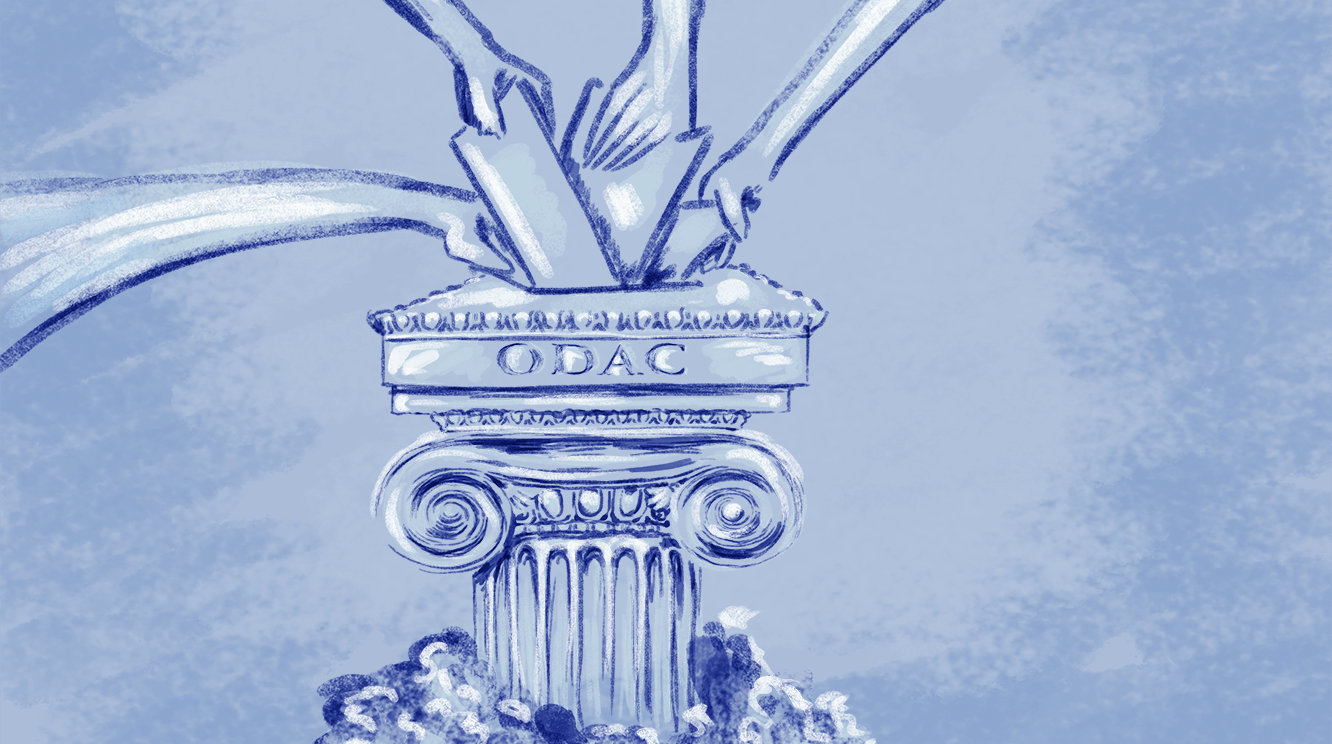 The FDA Oncologic Drugs Advisory Committee March 7 voted to accept the metric of “minimal residual disease,” or MRD, as a basis for approval of a drug for the treatment of acute lymphoblastic leukemia.

In an 8:4 vote, the committee recommended broadening the indication for the Amgen drug Blincyto (blinatumomab) to include the treatment of MRD-positive B-cell precursor ALL.

However, MRD is a factor in all forms of leukemia, multiple myeloma, some lymphomas, and, potentially, via measurement of tumor-associated cell-free DNA, in solid tumors.

The agency didn’t specify to the public—nor, presumably, to the committee members—whether it’s considering a full approval or an accelerated approval for the indication.

ODAC’s recommendation signals a significant evolution in the agency’s approval criteria since historically—from the 1950s on—approvals of therapies for the treatment of ALL have been based on measures demonstrating achievement and maintanence morphological complete remission.

While drugs were being approved based on these criteria, hematologist/oncologists who treat ALL have been using MRD to determine the patients’ risk of recurrence and thus guide treatment decisions. If FDA follows the committee’s advice, which it almost certainly will, the approval of this supplemental Biologics License Application will mark the first-ever approval of a treatment targeting MRD.

Blincyto, which is sponsored by Amgen, is a bispecific CD19-directed CD3 T cell engager.

Though having MRD after initial therapy for ALL is bad, it’s not known whether eliminating it would improve the patients’ outcomes.

Worse, it’s not clear whether questions related to the role of MRD could ever be answered conclusively, and, more than anything, ODAC discussion pointed to the challenge of making regulatory decisions in the midst of a permanent revolution driven by technology. As science and technology changes, scientific questions are being rendered moot before answers are able to emerge.

“Yes, MRD is bad, and MRD does define a high-risk population, but we do not know the appropriate cutoff,” said Andy Chen, leader of the Lymphoma Program at the Oregon Health & Science University Knight Cancer Institute, who served as a temporary voting member of the committee.

“Even though we know that MRD is bad and it defines a poor risk group, we don’t really have randomized data yet to say that eradication of MRD improves outcomes, and that leads to the second part of this question—and that’s a more difficult question for us—is whether or not this presentation here is strong enough in the absence of that,” said Chen, who voted against approval.

FDA seemed disinclined to put all the cards on the table. The words “reasonably likely to predict,” which signal that the agency is considering an accelerated approval, were never uttered. This could be only because the agency wasn’t interested in hearing the ensuing discussion about surrogacy.

However, some interesting dance steps could be observed.

Richard Pazdur, director of the FDA Oncology Center of Excellence and acting director of the Office of Hematology and Oncology Products, prompted the sponsor to describe the confirmatory trials that would tease out the role of blinatumomab treatment and of transplantation in the MRD-positive population.

Sponsors rarely volunteer such information so as not to prompt ODAC members to say, “Well, the trials are ongoing, so why not wait? Come back in a few years.” Since the indication is rare—there are just a few hundred such cases a year—the wait would take the sponsor well into the 2020s.

The randomized trials addressing the question of transplantation are ECOG1910 and COGAALL1331. The agency usually requests that confirmatory trials be in progress if an application is to qualify for an accelerated approval.

In another hint that the agency may be thinking of an accelerated approval, the committee was asked whether “blinatumomab provides a potential benefit that outweighs the risks from the treatment.” The word “potential” could be interpreted as code for “reasonably likely to predict.”

Blincyto was granted an accelerated approval in December 2014 for the treatment of Philadelphia chromosome-negative relapsed or refractory BCP ALL on the basis of the CR rate, duration of CR, and proportion of patients with an MRD-negative CR or CR with partial hematological recovery (CRh) within two cycles of treatment in a single-arm trial.

In July 2017, the agent received a regular approval for treatment of relapsed or refractory BCP ALL in adults and children.

ODAC members struggled with Amgen’s data in part because about 77 percent of the MRD-positive patients went on to receive transplants after treatment with Blincyto. The contribution of transplants ultimately confounded the result of the Blincyto trial.

“There is no drug that’s ever been approved in ALL that specified whether a transplant should subsequently be performed or not,” said Aaron Logan, assistant professor of clinical medicine in the Division of Hematology/Oncology at the UCSF Helen Diller Comprehensive Cancer Center. Logan presented the clinical perspective as part of the Amgen presentation.

“The way I view this is this is a decision that needs to be individualized, and that individualized decision makes the assessment of the role of the transplantation as is trying to be performed today very complicated, because transplantation is not two buckets,” Logan said to the advisory committee. “It’s not no-transplant or transplant. It’s no-transplant or which of these 12 different kinds of transplants did the patient undergo? Was it myeloablative? Was it reduced-intensity? What kind of donor did you use? How did you manage the immune suppression after the transplant?

“And were your decisions about any of these things informed by your knowledge of the patient’s MRD? In the current era, all of those things are influenced for every patient on an individual basis by knowledge of their MRD.

“Our field has already accepted 10-4 as a threshold for specifying patients as being high-risk for relapse. If they remain MRD-positive at the time of the transplant, we are less likely to do a reduced-intensity transplant. If they remain MRD-positive at 10-4 or higher after transplant, we are more likely to rapidly taper their immune suppression. These are things that cannot be captured by the type of analyses presented today, and therefore I don’t think that this should be the focus of the discussion.

Amgen’s application appears to have been inspired in part by a paper by Don Berry et al. that appeared in JAMA Oncology last year. The paper presented a meta-analysis of 39 publications based on data on 13,637 patients.

“The value of having achieved MRD negativity is substantial in both pediatric and adult patients with ALL,” the paper concludes. “These results are consistent across therapies, methods of and times of MRD assessment, cutoff levels, and disease subtypes. Minimal residual disease status warrants consideration as an early measure of disease response for evaluating new therapies, improving the efficiency of clinical trials, accelerating drug development, and for regulatory approval.

“A caveat is that an accelerated approval of a particular new drug using an intermediate endpoint, such as MRD, would require confirmation using traditional efficacy endpoints.”

The FDA analysis of this paper points out that the authors had pooled “nonrandomized responder analyses, i.e., irrespective of treatment received, patients with MRD-negative disease have longer [event-free survival] and [overall survival].”

“Additionally, because the analysis included studies with different cut-offs to determine MRD-negativity, the results do not address what level of MRD identifies the high-risk group or what level of MRD identifies the group with good long-term prognosis,” the agency’s report states. “Further, because the description of the patient population did not include whether patients were in Complete Remission 1 or later, whether the patients had true CR or marrow remission with incomplete hematologic recovery, or how [hematopoietic stem cell transplantation] use was addressed, it is not clear to what population specifically these results would apply.”

Amgen’s data was based on the BLAST trial, which—despite being the largest prospective trial in patients with MRD-positive ALL—was a single-arm phase II study. As such, the trial couldn’t measure progression in a convincing manner. Instead, the sponsor presented a propensity score analysis comparing outcomes with a historical control cohort.

The BLAST study [MT103-203] was a single-arm trial of up to 4 cycles of blinatumomab for treatment of patients with BCP ALL in CR or CR with partial platelet recovery and MRD > 0.1%. The primary efficacy endpoint of MT103-203 was complete MRD response (defined as absence of detectable MRD using an assay with a sensitivity < 0.01%) after 1 cycle of blinatumomab.

A propensity score analysis for the patients in first remission (with or without hematopoietic recovery) in Study MT103-203 and in Study 20120148, a larger retrospective cohort study sponsored by Amgen, demonstrated that the RFS for the patients treated with blinatumomab was significantly greater than in the historical controls (p<0.0001 by log-rank; median 35.2 months vs 8.3 months, respectively).

The voting question read: “Do the results of MT103-203 demonstrate that for patients with ALL in CR who have MRD > 0.1%, treatment with blinatumomab provides a potential benefit that outweighs the risks from the treatment?”

Professor of biostatistics and bioinformatics

The University of Chicago

Associate professor of medicine and oncology

Professor of statistics and biostatistics

Director, Center for Cancer and Immunology

Research professor of pediatrics and microbiology, immunology and tropical medicine

The George Washington University School of Medicine and Health Sciences