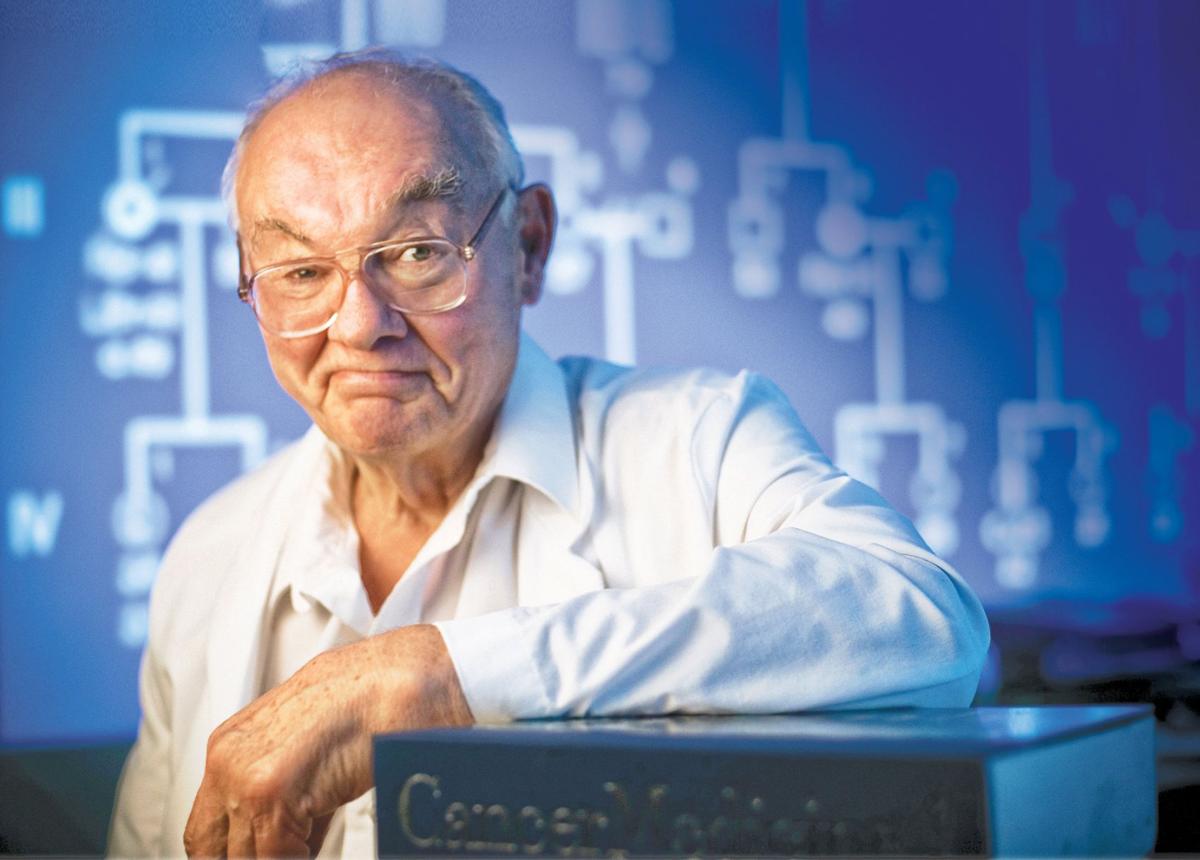 Henry T. Lynch, the father of hereditary cancer detection and prevention, died June 2. He was 91.

Lynch was the founder and director of the Creighton University Hereditary Cancer Center, which opened in 1984. Also that year, the term “Lynch syndrome” was coined to recognize his contributions in identifying the strain of hereditary nonpolyposis colon cancer.

On the website of his center, Lynch posted what he described “a little history of myself,” which he wrote in the third person:

I would like to welcome you to the Hereditary Cancer Center’s Web site and share with you a little history of myself, so you can get to know me and some of my past experiences in cancer research.

In 1944, at only 16 years of age, Henry T. Lynch joined the United States Navy. He proceeded to serve in the European theater, the South Pacific battles and the Philippine liberation.

Two years later, after receiving his honorable discharge he began studies toward a baccalaureate degree. He graduated from the University of Oklahoma in 1951. Thereafter, in 1952, at age 24, he obtained his master’s degree in psychology from Denver University. He earned his medical degree at the University of Texas Medical Branch in Galveston in 1960, after completing all the coursework toward a PhD in human genetics at Austin.

As an internal medicine resident at the University of Nebraska College of Medicine, Dr. Lynch met patients who had many family members who were affected by or who had died of the same type of cancer they themselves had been diagnosed with. Because of his strong background in genetics Dr. Lynch had the idea to look at cancer from a genetics perspective (he postulated that cancer could be hereditary) rather than from an environmental point of view (which at the time was the only acceptable cause for cancer in the medical circles). This idea became the main focus of his research for years to come.

In 1970, he applied for an NIH grant to study in more depth his ideas. In his grant proposal, Dr. Lynch presented a family with numerous people affected with colon cancer. He clearly showed that there had to be some factor at work accounting for the more than frequent presence of cancer throughout the family. Nevertheless, the committee reviewing his grant did not agree with him and thoroughly rejected the idea that cancer could be hereditary.

For the next 20 years, Dr. Lynch applied for many other grants and more often than not was rejected. He nevertheless continued his research on minimal funding, convinced he would one day be able to prove that cancer can be hereditary.

His painstaking record-keeping and compilations of family medical history data led him to identify cancer syndromes and their patterns of inheritance through generations of extended families. In the course of his work, Dr. Lynch developed what are today regarded as the cardinal principles of cancer genetics: early age of onset of the disease, specific pattern of multiple primary cancers, and Mendelian patterns of inheritance in hundreds of extended families worldwide.

With the discovery by other researchers of the genes that cause Lynch Syndrome, it is possible to predict with nearly 90% accuracy the risk of the disease in patients with direct germ-line mutations. With early detection, Lynch Syndrome and other colon cancers are curable in 90% of patients. Dr. Lynch also demonstrated the Mendelian inheritance patterns for certain breast and ovarian cancers, now known as Hereditary Breast/Ovarian Cancer Syndrome; this work contributed to the discovery in recent years of the BRCA1 and BRCA2 breast cancer genes.

In addition, in 1984 he established Creighton’s Hereditary Cancer Prevention Clinic, an interdisciplinary clinic where families can find information and services related to all hereditary cancers.

Dr. Lynch’s publications number more than 650 journal articles and more than a dozen books related to the diagnosis, prevention, counseling and treatment of hereditary disorders, primarily cancer. He serves on the editorial board of Anticancer Research-International Journal of Cancer Research and Treatment, advisory boards of Critical Reviews in Oncogenesis and the Journal of Tumor Marker Oncology.

According to the university obituary, Lynch was so devoted to his work that, after having injured his back sometime in the 1980s, he insisted to being wheeled into class on a gurney to deliver a lecture.

His wife, Jane, a psychiatric nurse, who assisted him in his research, died in 2012.