Building on the legacy of the Beau Biden Cancer Moonshot

In January, after tumultuous weeks filled with unprecedented political tension and rising COVID-19 infections across the nation, thrilling news arrived quietly in my email inbox: official notice of the Abramson Cancer Center’s five-year, $45 million Cancer Center Support Grant award from the National Cancer Institute, which had bestowed us with a merit rating of “Exceptional” Comprehensive Cancer Center last year.

The news capped off a two-year grant renewal effort at the Abramson Cancer Center of the University of Pennsylvania, one accomplished through a virtual site visit in May amidst the early days of the COVID-19 pandemic and against the backdrop of this human tragedy that required complete reorganization of cancer research and care here and at cancer centers across the country and throughout the world.

Now, after a year of keeping our heads down to address the challenges from the pandemic, that email served as an important reminder to me to look up and embrace our many decade gains against cancer—and confidently reassert our focus for the years ahead.

It’s a time to feel energized.

2021 marks the 50th anniversary of the National Cancer Act that brought together scientists, physicians, government, and industry to combat cancer. It started a half of century of significant progress in research and outcomes that continues through today.

The recent statistics released by the American Cancer Society illustrate the fruits of that labor. Just before the pandemic started, the United States saw the single largest drop—2.4%—in the rate of cancer deaths on record.

This is mainly attributable to efforts in lung cancer, including both prevention (e.g., innovation around smoking cessation) as well as new immunotherapies and genomically targeted therapies capitalizing on decades of basic science.

In Philadelphia, we are hopeful about signs of progress. Statistics released in 2020 show that the incidence of cancer has fallen since 2000, with incidence among Non-Hispanic Black men now nearly the same as non-Hispanic white men. Overall cancer mortality is also declining, although sadly, remains higher among Black patients.

These data give us fresh hope as our organization, like so many others, puts community outreach, health equity, and racial justice at the top of our agenda to build healthier communities.

Also this January, we celebrate the five-year anniversary of the launch of the Cancer Moonshot. Then-Vice President Joe Biden visited Penn and Abramson Cancer Center, met our team, and made the announcement. It was a needed shot to the cancer research community’s arm, infusing an additional $1.8 billion into our work, thanks to the 21st Century Cures Act passed by Congress later that year. So far, 240 research projects across more than 70 initiatives have been supported by Moonshot funding, with more to come for this seven-year initiative.

Now with the Biden administration taking office, a strong focus on cancer research and care will no doubt press on. “My commitment is not for the next 12 months,” Biden told the Penn crowd that day as he launched the Moonshot. “I plan on doing this the rest of my life.”

I remember the Moonshot kicking off, as my colleagues and I provided the vice president a tour of our brand-new Center for Advanced Cellular Therapeutics and gathered to discuss treatments in the pipeline that we believed were bound to make a difference in patients’ lives. Already, so many have.

In all, far more than 100 cancer drug approvals from the U.S. Food and Drug Administration have materialized in the last five years. Thirteen new FDA oncology approvals were based on studies led or co-led by investigators at Penn, including the first cellular therapy, Kymriah, to treat pediatric and adult patients with a form of acute lymphoblastic leukemia.

I remember Tom Whitehead—father of Emily Whitehead, the first pediatric patient to receive that therapy in the early days of clinical trials —at that event, advising Mr. Biden about the Cancer Moonshot, “Be sure you include the kids.” Tom’s vision paved a path to a major national initiative in pediatric cancer research.

We are proud that a recent FDA approval, for crizotinib, was for childhood anaplastic large cell lymphoma, based on 15 years of basic and clinical work from labs and investigators at Children’s Hospital of Philadelphia and the Abramson Cancer Center.

It is fitting to have renewed our NCI core grant in January, too, as we find our way out of a difficult year. Across NCI designated cancer centers, the process of review and renewal validates our science-driven and hard-earned progress, and also prompts rethinking and reformulation of new plans to keep this momentum going.

Ideas once on the horizon are rapidly coming into focus: CRISPR-based therapeutics for patients with advanced disease, novel metabolic imaging technologies, multiplex and routine immune health profiling, and hyper-energized FLASH radiation delivered in less than a second, to name a few.

Beyond the funding—whether from the CCSG or the Cancer Moonshot—these programs raise and support our ambitions. They embolden the scientific community to capitalize on and accelerate new discoveries that will bring even better treatments to our patients and lead to continued declines in cancer mortality.

The email news of the “NOGA” is not the end; it’s the start. United with our patients, families, and communities we serve, let’s strengthen our resolve for 50 more years and beyond to improve the lives of cancer patients and those at risk. 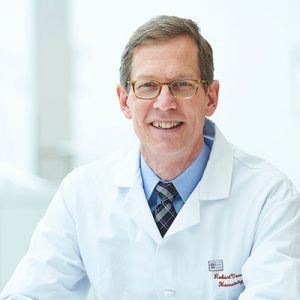