The False Allure of The Cancer Cure

Over the past century, we have had many wars on cancer, and now we have a national “moonshot” to be spearheaded by Vice President Joe Biden, announced in President Barack Obama’s Jan. 12 State of the Union Address.

In 1937, even as Congress was establishing the National Cancer Institute as the first of the National Institutes of Health, the American Committee to Combat Cancer was organizing the “Women’s Field Army” to mobilize against cancer, especially uterine, ovarian, and breast cancers. The main argument was that the nation was spending vastly more per person affected, and per death, on polio than it was on cancer. It was framed as a war.

Most famously, in December 1969, Mary Lasker and her Laskerites published full-page ads in the New York Times and Washington Post throwing down the gauntlet: “Mr. Nixon: You Can Cure Cancer.” And in 1971 we had the National Cancer Act, although by then the goal of curing cancer by 1976 was fading from the bold face type. Most public appeals backed away from one C word, cure, even as the other C word, cancer, became less stigmatized, less private. It became acceptable politics to call cancer out as a public enemy. Rose Kushner, Betty Ford, Nancy Reagan, Happy Rockefeller, Katie Couric, and Angelina Jolie are only a few of the very public faces of cancer and cancer risk.

In 2003, Andrew von Eschenbach, a couple years after he became the National Cancer Institute Director, announced a “challenge goal” for cancer research to “eliminate suffering and death from cancer by 2015.” That deadline passed over a year ago. Oops. Von Eschenbach’s move had much more impact on diminishing his credibility and authority than it did transforming cancer research. That was mainly, however, because of an inept communications strategy and the transparently obvious contrast between an evolutionary policy proposal and the revolutionary rhetoric used to justify it.

The National Breast Cancer Coalition has been focused on having a plan to end breast cancer by 2020, and it has become the Coalition’s foremost outreach effort. The nation’s pre-eminent cancer advocate, Fran Visco, is about as far from naïve and unrealistic as they come. Deadlines can be good as long as they are not vacuous.

And now we have the Obama-Biden Moonshot.

These public movements have considerably strengthened the nation’s cancer research capacity, and they have begun to have an effect on the ravages of the disease itself. The current moonshot is apt to create more resources, and rekindle the fight against cancer, now framed as a technological objective like “sending a man to the moon and returning him safely to earth” (it was that second part that was so complicated and expensive).

Mary Lasker premised her 1960s optimism on the step-by-step clinical research that transformed childhood leukemia and a few other cancers from a death sentence to childhood diseases that were likely to be survived. Five-year survival for acute lymphoblastic leukemia or Wilm’s tumor really is pretty much a “cure,” even if the treatment comes with cancer risk later in life. In recent years, nearly miraculous targeted therapies have begun to emerge that have far less harrowing side effects than cancer chemotherapy of the “poison, slash and burn” era. The developments of Gleevec and Herceptin are hero stories. And very recently, immune therapies, modified viruses and entirely new approaches have changed prospects for some forms of melanoma and cancers once thought beyond the reach of medical management.

One other big change in today’s context is that cancer is now Big Money and Big Business. It truly was not when Clarence Cook Little led the insular American Committee to Combat Cancer. Cancer centers are enormous and enormously complex. They are entities unto themselves. They have laudable goals but also strong instincts for self-perpetuation and financial sustenance.

Dennis Slamon was a junior researcher at UCLA, and Genentech was a relatively small startup as the Herceptin story began; it did not start at MD Anderson or Memorial Sloan Kettering, as fabulous as those institutions are. And Brian Druker was a clinical champion who had to talk Novartis into pulling STI 571 off the shelf where it was languishing to get Gleevec into the bodies of those with tyrosine kinase-associated cancers. The most important innovations in cancer are likely to come from small mammals we haven’t noticed in the ecosystem, not the dinosaurs who dominate its politics. Do we need more money for cancer research and cancer care? Of course. But is money the main problem, as it was in the 1930s? Certainly not. Inertia and bureaucracy are now real dangers, as much as scarcity of resources. Cancer is now a more complicated and politically complex social problem than it was forty-some years ago when the War on Cancer began.

Getting more resources is likely to be easier than the second major thrust of Vice President Biden’s task. He notes the problem of data siloed. Farmers put grain in siloes because it is valuable and needs to be transported to its users. So also with data. But unlike grain, data can be shared without diminishing its use by the original owner. Ownership is the wrong way to think about data, but ownership is the way it is usually thought about, and habits have formed around how to harness its value. Acronyms for data-sharing consortia are arising in profusion in cancer research, which is a wonderful thing: GENIE, ENIGMA, CIMBA, ORIEN, BRCA Challenge. But that actually emphasizes the extent of the problem. Each consortium has a long gestation and considerable transaction costs. We simply do not have the infrastructure, or the norms and practices, that enable cancer research to be one of Elinor Ostrom’s vaunted “knowledge commons,” at least not yet. Getting data to flow faster and with less turbulence is apt to be a larger challenge than directing more public (and private) money into cancer research.

It is worth noting one feature of how data acquire value, because it matters deeply for public policy. Incentives to hoard data actually depend on lack of infrastructure and restricted flow. If data flow freely, all players in the game benefit, and incentives to make data sticky diminish. As many BRCA tests have been done outside Myriad Genetics as at Myriad, but Myriad’s US monopoly 1997-2013 gave it ready access to millions tests and a robust database. The other tests have gone into databases and laboratories distributed all over the world, and not knit together by a common database or infrastructure for sharing. If those data had been curated and shared, then Myriad would have no basis to tout the superiority of its database. The Global Alliance for Genomics and Health’s effort to remedy this—the BRCA Challenge—acknowledges this reality. Indeed if it works, Myriad will want to share its data to be part of the standard-setting and use community, and not to have to pay for maintaining their own database, in the same way Celera donated its genomic sequence data to GenBank once the proprietary value of its data had diminished as the public data began to catch up.

Other evidence of the possible complexity lying head is the “collision on launch” that The Cancer Letter described last week. The Moonshot 2020 announced at a financial conference just a day before President Obama’s announcement in his State of the Union address is testimony to the interest of the private sector, and to its ability to move more rapidly than government at times. In the weeks after last year’s announcement of the Precision Medicine Initiative, the federal government quietly applied for a service mark—a way of controlling the use of a term quite similar to a trademark. That probably won’t work this time. The “moonshot” parlance has been used quite publicly at MD Anderson and other institutions for years, and now there are cancer moonshots announced by industrial interests and the President of the United States in successive days. We are not in Kansas anymore; this might get messy.

Yet there really are grounds for optimism. We need to be careful in specifying the goals. The wars on cancer have left a legitimate countercurrent of cynicism that could erupt into distrust. When Clarence Cook Little was building public support for cancer research in the 1930s through the Women’s Field Army, cancer truly was playing second fiddle to polio. But now cancer is the silverback gorilla of medical research, and it could bully the other critters in its neighborhood: heart disease, addictions, mental illness, diabetes, or rare disorders. Moreover, President Roosevelt had been the icon of a successful assault on “infantile paralysis,” and the March of Dimes did indeed give rise to vaccines in the mid-1950s. The March of Dimes went through polio like Sherman through Atlanta. But let’s not forget that eight decades later, the effort to eradicate polio is still an aspiration not an accomplishment. We haven’t quite gotten that job done.

And so it will be with cancer, only more so. Even the miraculous new treatments often do not “cure” cancer in any meaningful sense. Rather, they change cancer from an immediate death threat to a chronic disease. Usually with a shortened lifespan, and occasionally—very occasionally—with a fully restored life expectancy. It would, however, be immensely wise to abandon the “cure” terminology.

By all means, let us have a moonshot, or rather a coherent national strategy that leverages the global research efforts against cancer, one that gathers and concentrates resources to rescue more of those who find themselves living in Susan Sontag’s Land of Cancer with the wrong passport. Bring them home. Let them live. But “Cure” is a siren call and an invitation to cynicism.

The author is a research professor in the Sanford School of Public Policy at Duke University, visiting professor at Arizona State University, and a fellow at FasterCures, a center of the Milken Institute. 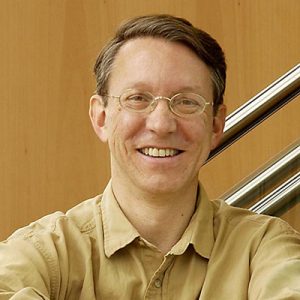