Johnson & Johnson officials said the company was unaware of any reportable adverse events resulting from the use of power morcellators prior to 2013.

“[J&J subsidiary] Ethicon was not aware of any reportable events related to morcellators and the possibility of upstaged cancer prior to December 2013,” a company spokesman said to The Cancer Letter. “Since that time, we have filed reports with the FDA for all reportable events that have come to our attention.”

Ethicon responded to The Cancer Letter’s questions after the Nov. 17 hearing by the Subcommittee on Health, where Rep. Tim Murphy (R-Pa.) noted that the company had received a report about the dangers of power morcellators.

FDA issued an advisory April 2014 discouraging the use of power morcellation, stating that one in 350 women who undergo hysterectomy or myomectomy for fibroids have an unsuspected uterine sarcoma.

J&J requested withdrawal of morcellators in July 2014, after an FDA panel expressed low confidence in the devices for use in hysterectomies and myomectomies (The Cancer Letter, July 25, 2014).

At the congressional hearing, Murphy said J&J was informed of similar estimates as early as 2006, when Robert Lamparter, a pathologist from central Pennsylvania, alerted J&J officials to the risk of the device spreading undetected uterine sarcoma.

“Dr. Lamparter did contact the company in 2006 seeking advice on ways to collect and evaluate endometrial specimens following morcellation,” Ethicon said in a statement to The Cancer Letter. “Because Dr. Lamparter did not report an actual experience with a patient, his communication was handled as a complaint, and was not reportable as an MDR.”

FDA officials said the agency didn’t receive any reports of adverse outcomes resulting from power morcellation prior to December 2013.

Lamparter, 64, a retired pathologist who practiced at Evangelical Community Hospital in Lewisburg, Pa., for 28 years, said that J&J is not telling the whole truth.

“I’m sort of an accidental whistleblower. I didn’t go out with an ax to grind, but I do feel strongly that the company has tried to hide this from people, and I’m glad to see that somebody like Dr. Hooman Noorchashm is bringing this to the forefront.

“I Hope You Reconsider”

Lamparter said he first reported the issue as a “near-miss” case—a patient who was scheduled for power morcellation, but ultimately wasn’t subjected to the procedure.

“We had a patient who was saved by her guardian angel,” Lamparter said. “It was a situation where an operation was started as a morcellation. The doctor couldn’t do it as a laparoscopic surgery because of adhesions, so they elected to do it open. When they took the uterus out, there was a cancer there, and had they morcellated it, that cancer would’ve been spread.

“Now, we knew theoretically this was a possibility prior to this index case, but as we had this near-miss case, we felt that we had enough information that we could mention this to the company. It’s no longer a hypothetical—we had a near miss.”

Lamparter initially brought his concerns to David Robinson, the medical director of Ethicon Women’s Health and Urology at the time.

“My conversations with Ethicon started as, ‘How do we solve this problem? The way our gynecologists were using the device, we couldn’t find the endometrium to document the status of the inner lining of the uterus,’ Lamparter said. “That’s how the conversation began, and during that conversation, we had our near-miss case, and that gave me the opportunity to tell Dr. Robinson about it.”

Lamparter said he sent several emails to Robinson “until [Robinson] understood the significance of what I was telling.”

“We recently had a patient with an unexpected malignancy who almost had a morcellization [sic], save that she was saved from inappropriate morcellization by adhesions,” Lamparter wrote in a February 2006 email to Robinson. “We have had a good endometrial biopsy six months prior to the procedure. After we found a carcinoma in the endometrium after hysterectomy, we reviewed the endometrial biopsy and found no malignancy.

“If this woman had had a morcellization, her tumor would have been seeded into the peritoneum. We pathologists might not have even found it, until it had metastasized if she had a morcellization. Or, we might have documented benign endometrium, because that what’s was covering the majority of the endometrial cavity.

“At least one missed malignancy after morcellization has been reported in the literature: 1997 American Journal of Obstetrics and Gynecology, ‘Recurrence of unclassifiable uterine cancer after modified laparoscopic hysterectomy with morcellation by A. Schneider.”

“I got a nonsensical letter back from Lori Pasternack, who was the representative of that committee,” Lamparter said. “That wasn’t my inquiry, about how to use it off label.

Ethicon reviewed the correspondence between Lamparter and Robinson and informed Lamparter that the company was ending the investigation.

“You reported to our Medical Director that you have experienced difficulty of examining the endometrium of uteri that have undergone morcellation by our morcellator device,” Ethicon’s Pasternack wrote in a May 2006 email to Lamparter. “Your concern is that you fear missing an endometrial cancer.

“The morcellator device is indicated to remove tissue, and it is not indicted [sic] for sample gathering or preparation. Therefore, your concern is in regards to an off-label use.”

Enclosed with Pasternack’s letter was a copy of Ethicon’s power morcellator user manual.

Lamparter replied, asking Ethicon to “reconsider” his report and inform the gynecology community of the risks.

“In about 1/300 hysterectomies at our hospital, we discover an endometrial carcinoma that was unexpected at the time of surgery,” Lamparter wrote. “To recommend to the gynecologist users that it important to evaluate the endometrium for cancer prior to performing morcellation is such a simple solution that I find it difficult to understand why Ethicon-Gynecare hasn’t made the recommendation.

“It doesn’t cost the company anything to make the recommendation, and it’s cheap insurance for all the involved parties. Trying to put myself in your shoes, the only reason I can see for the company’s stance is that others haven’t reported the problem yet.

“My speculation in that regard is that the literature hasn’t yet been written on this topic, so nobody knows to knock on your door at this time. Time will tell.

“If your letter to me was written in haste, I hope you reconsider.”

Lamparter said he did not receive a response.

Lamparter said J&J’s statement that the company was not “aware of…the possibility of upstaged cancer prior to December 2013” ignores his past correspondence with Ethicon.

“In that letter to Lori Pasternack, I pointed out this thing would seed tumor on the peritoneum and upstage the cancer,” Lamparter said. “They’ve had two opportunities to act—I told Dr. Robinson, and I told the person who is the representative of J&J’s World Wide Customer Quality counsel that they have a problem.

“If you have a cancer that is hidden in the uterus and it’s at a much lower stage and you seed that, it metastasizes and is considered to be a much higher stage. So they did know that this procedure could upstage the cancer. They knew that in 2006.

“I can understand that they would be skeptical of some local yokel in a community hospital telling this, but they could at least investigate and look over their shoulder and see that the statistics show risk way too high compared to what we think it is.

“I can understand their inclination to just give me a polite letter and blow me off, but you know, when somebody is telling you something like that, you should at least look. And I don’t think they looked, because if they had, they would’ve found it.

“In the beginning, I thought it was just a matter of educating the doctors to be more careful in patient selection. As time went on, it became apparent that it wouldn’t make any difference. They would still accidentally morcellate cancers in about one in 300 times.

“I’m not the only person who had a patient that had morcellated cancer. Over time, we had between four and seven patients with morcellated malignancies at our hospital.

“We were a 95-bed hospital, now, you multiply the number of hospitals with many more hospital beds—and more active gynecology services than we had—around the country.

“J&J had to have known, because there were other patients having problems.”

First, we sympathize with the women and their families who may have suffered the spread of a malignancy following surgical treatment for gynecologic conditions, and continue to collaborate with the medical community in efforts to potentially reduce the risk in the future and to better enable physicians and patients to understand the risks and limitations ahead of their surgery.

As the medical community’s understanding of the risk of undiagnosed malignancies prior to uterine surgery evolved in 2014, we elected to suspend sales and then to voluntarily withdraw our powered morcellation devices from the marketplace. We remain the only manufacturer to have taken these steps.

Ethicon files Medical Device Reports (MDRs) on our products with the FDA in a timely manner once information is received or noticed by the company indicating that reporting is appropriate under FDA guidelines.

Ethicon was not aware of any reportable events related to morcellators and the possibility of upstaged cancer prior to December 2013. Since that time, we have filed reports with the FDA for all reportable events that have come to our attention, even when it was unclear whether one of our devices was involved.

We take our reporting responsibilities seriously, and have filed reports related to morcellation devices even when we were unable to confirm that the device used was manufactured by Ethicon.

Nearly all of the reports we have filed were not the result of reports made directly to Ethicon, but based on information from news articles and lawsuits following increased public attention to this issue beginning in the fall of 2013. Ethicon morcellation devices have always included cautions in their instructions for use (IFU) about the potential spread of cancerous tissue.

We highly value the feedback we receive from physicians and we are continually assessing the totality of the available data and information related to our products, including peer-reviewed studies and scientific literature, as well as physician feedback.

Dr. Lamparter did contact the company in 2006 seeking advice on ways to collect and evaluate endometrial specimens following morcellation. Because Dr. Lamparter did not report an actual experience with a patient, his communication was handled as a complaint, and was not reportable as an MDR.

His questions, along with other medical consultation at that time, prompted Ethicon to revise the precautions contained in the device’s IFU to address the issue of the preoperative pathologic evaluation of the endometrium to minimize the risk of inadvertent morcellation of an occult malignancy.

“There’s nothing like a deadline to make sure you get done what you need to get done.” Joseph A. Califano III, a head and neck surgeon scientist, was named director of Moores Cancer Center at UC San Diego Health, an NCI-designated Comprehensive Cancer Center that serves San Diego County.
By Paul Goldberg 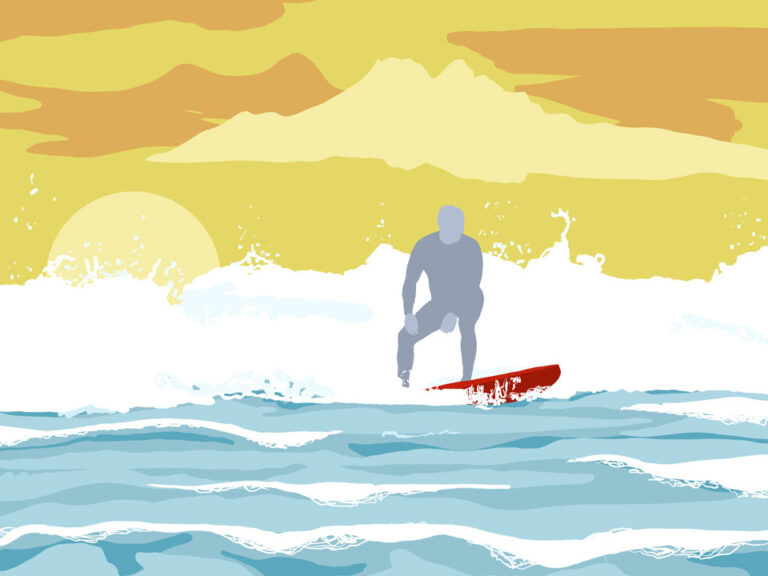 Patients with metastatic non-small cell lung cancer who are matched to targeted therapy live longer when liquid biopsies are used to detect genomic alterations in circulating tumor DNA that aren’t picked up by tissue sequencing, according to a study published Nov. 10 in Nature Medicine.
By Matthew Bin Han Ong 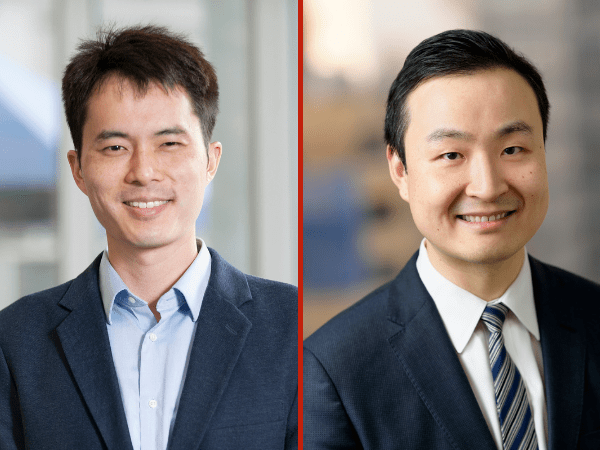 A “new normal” for NCI-sponsored clinical trials is long overdue

I read with interest the recently published story on the recommendations to streamline data collection in certain NCI trials presented at the Nov. 9, 2022, meeting of the Clinical and Translational Research Committee (The Cancer Letter, Nov. 11, 2022).
By Richard L. Schilsky 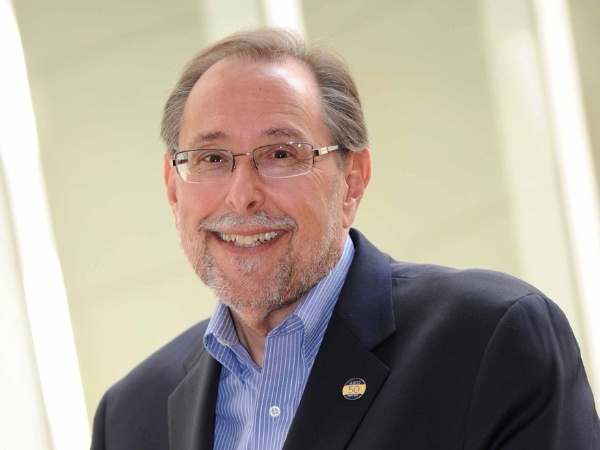 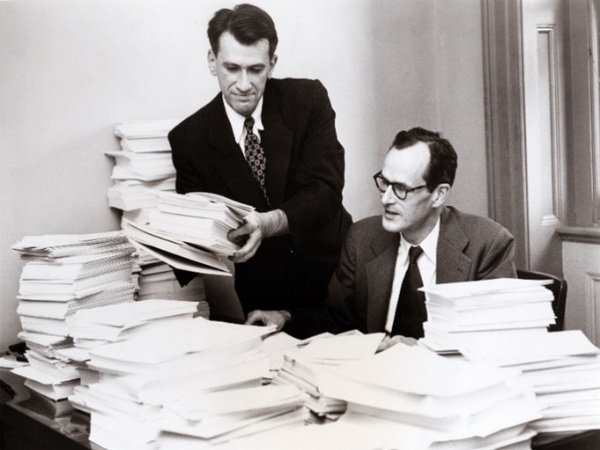