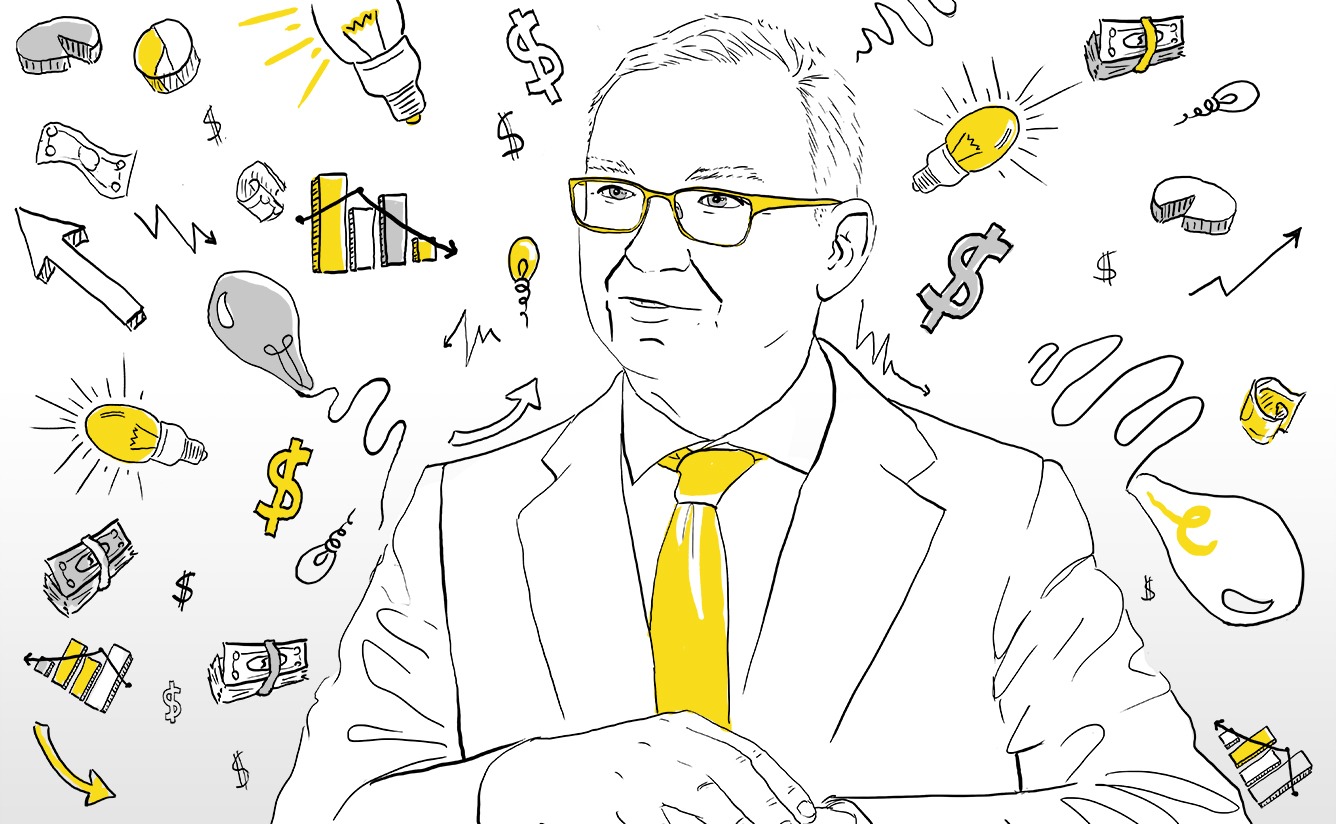 José Baselga has resigned from his position as physician-in-chief and chief medical officer of Memorial Sloan Kettering Cancer Center less than a week after The New York Times and ProPublica reported that he had failed to disclose his conflicts of interest in scientific and medical journals and at professional meetings.

After the conflicts—involving millions of dollars—were enumerated in an article published Sept. 9, Baselga attempted a mea culpa strategy while MSK pointed out that disclosure rules are vague and inconsistent.

The Cancer Letter’s analysis of documents that emerged during this imbroglio demonstrates that Baselga didn’t apply standard rules for disclosure, apparently believing, for example, that, in papers dealing with basic and translational research, conflicts are not subject to disclosure. Similarly, he seemed to believe that no disclosure was needed in papers on compounds that are no longer viable.

Documents made public during this controversy but until now not analyzed publicly suggest that Baselga’s interpretation of disclosure was so idiosyncratic that all 178 papers that list him as an author during his time at MSK could be tainted. He disclosed conflicts on 72 of those papers, but adequacy of disclosure may need to be examined. The remaining papers—where no disclosure was made—add up to 105.

A story about Baselga’s interpretation of disclosure rules and his inconsistent application of what he believed requirements to be appears here.

“I fear my continued role leading clinical care and research will become too much of a distraction to the hospital and its remarkable team of physicians, researchers and staff,” Baselga wrote in a resignation letter he submitted to Craig Thompson, MSK president and CEO, on Sept. 13. “I take full responsibility for failing to make appropriate disclosures in scientific and medical journals and at professional meetings.”

Pledging to continue to update his own disclosures, Baselga called for greater consistency in disclosure requirements. “It is my hope that this situation will inspire a doubling down on transparency in our field and at MSK, other research institutions, industry, publications, professional societies and other stakeholders continue to work together to standardize the disclosure process,” he wrote.

Earlier today I accepted the resignation of José Baselga, MD, PhD, as Physician in Chief. His letter of resignation is here, and I believe it speaks for itself. It is effective immediately.

Dr. Baselga has made numerous contributions to our organization, our patients, and the field of cancer treatment and research. We are grateful for his service.

Lisa DeAngelis MD, currently the Chair of Neurology, will become the acting Physician in Chief while a search for Dr. Baselga’s successor is conducted. Dr. DeAngelis is a leader in the field of neuro-oncology and is held in high esteem by her colleagues throughout MSK. We are thankful for her willingness to take on this challenging role.

Questions about Dr. Baselga’s disclosures and relationships with outside organizations have caused concern from the community, our staff, and most importantly our patients and family members. As you know, MSK has robust programs in place to manage how our staff should work with outside organizations and we are confident of strong compliance in this area. We will remain diligent. There will be continued discussion and review of these matters in the coming weeks.

Everyone at MSK is united around the commitment to deliver the highest quality care. Our first obligation is to our patients and their wellbeing throughout treatment. In this we have never wavered.

Some of the information in the Times-ProPublica story was readily available.

Payments to physicians can be looked up on a government-run database. Key in “Baselga”—or any other name—and compare the results with disclosures made to journals and professional societies.

Journal editors—or, for that matter, college interns—can play this game with ease, but as a rule refrain from doing so, leaving it to authors to be guided by the honor system and relying on institutions to monitor ethics of their faculty members.

Disclosed conflicts of interest rarely lead to rejection of a paper, while failure to disclose causes embarrassment and worse. Indeed, there is little doubt that had Baselga made appropriate disclosures to journals and professional societies, he would still have been able to publish and present. Many physicians and scientists have competing interests, but generally the rule of thumb is to err on the side of disclosing more rather than less.

When he was first contacted by reporters from the Times and ProPublica, Baselga attempted to explain his rationale for making disclosure, creating a document that instead revealed his misinterpretation of these rules and demonstrated the magnitude of the problem—and therefore his and MSK’s potential exposure.

When the news story about Baselga’s failure to disclose was published on Sept. 9, he attempted a mea-culpa-mea-culpa-mea-culpa-mea-maxima-culpa strategy, apparently hoping that this issue will be categorized as a problem of compliance with vague and inconsistent disclosure rules, and blow away.

The text of that email, which was obtained by The Cancer Letter, follows:

I apologize if any of the coverage and comments in the New York Times and ProPublica has caused any of my colleagues at MSK any embarrassment or professional or personal discomfort.

I want to be clear that while I may have been inconsistent in disclosing, the article does not question the validity of the research and the studies that were published.

I am committed to transparency and accountability in all of our dealings. That is my goal and I know I need to do better. I know you share my commitment to developing new treatments and medicines that will help our patients suffering from cancer.

I will be meeting with my team to discuss the article and will set up an opportunity to answer your questions and concerns. I value your inputs and trust.

It’s not clear how widely the Baselga email was circulated prior to publication in The Cancer Letter.

According to the Times and ProPublica story, Baselga made “nearly $3.5 million in payments from drug, medical equipment and diagnostic companies from August 2013 through 2017,” and that “since 2014, he has received more than $3 million from Roche in consulting fees and for his stake in a company it acquired.”

According to the database, Genentech, a unit of Roche, paid Baselga a bit over $2.8 million for his stake in Seragon Pharmaceuticals Inc. A company press release identifies Baselga as a founding member of Seragon’s clinical and scientific advisory board. Seragon was purchased for $725 million in cash. Subsequently, Genentech halted development of that company’s lead product, a Selective Estrogen Receptor Degrader called GDC-0810.

In a Sept. 9 letter addressed to “MSK Colleagues,” Thompson and Kathryn Martin, MSK chief operating officer, commented on the Times and ProPublica story, suggesting that the disclosure requirements are “nebulous” and that problem of insufficient disclosure may extend beyond Baselga.

“MSK and our faculty need to do a better job,” they wrote. “In addition, we need to work with journal publishers and professional societies to standardize the reporting process,” they wrote. “We have had ongoing discussions with the American Society for Clinical Oncology about their model, as well as the value of a common standard for oncology disclosures in journals and presentations.”

Further, Thompson and Martin argued that issues of academic freedom are involved. “We also believe in supporting academic freedom and the ability of individual researchers to engage in the scientific process, including publication of results,” Thompson and Martin wrote. “This extends to the judgment exercised by individual researchers and their responsibilities as authors with regard to disclosure.”

The text of the Sept. 9 email from Thompson and Martin follows:

This morning’s print edition of The New York Times carries a front-page story regarding an analysis of voluntary disclosures made by Dr. Jose Baselga to journals and at professional meetings. The matter of disclosure is serious.

MSK has robust programs in place to ensure the quality, safety and excellence of MSK’s patient care and research. These programs govern how our staff should work with outside organizations, including the pharmaceutical industry. They apply to all members of the MSK community.

We have asked Dr. Baselga to review his disclosures and work with the various medical societies and journal editors to correct the record of appropriate papers and presentations as the journals and societies see fit. He started that process and has already been in communication with several organizations.

The issues surrounding author disclosures are complex, as there are nebulous guidelines about when and how to make voluntary disclosures. We also believe in supporting academic freedom and the ability of individual researchers to engage in the scientific process, including publication of results. This extends to the judgment exercised by individual researchers and their responsibilities as authors with regard to disclosure.

MSK and our faculty need to do a better job. In addition, we need to work with journal publishers and professional societies to standardize the reporting process. We have had ongoing discussions with the American Society for Clinical Oncology about their model, as well as the value of a common standard for oncology disclosures in journals and presentations.

We are supportive of ASCO’s efforts in this area and the leadership demonstrated by that organization. The issue of disclosure extends well beyond the world of oncology and MSK will also look to the efforts of other organizations, including the Association of American Medical Colleges.

Our work with industry partners is integral to MSK’s charitable mission of providing high quality cancer care, leading research, and medical education with the goal of improving cancer treatment. Collaboration with industry leaders, from early stage startups to large corporations, is necessary to focus on bringing better treatments to patients.

MSK will continue to promote transparency and accountability. And we encourage industry collaboration, as it is a driving force that has led to the approval of novel, life-saving cancer treatments for countless patients across the globe.