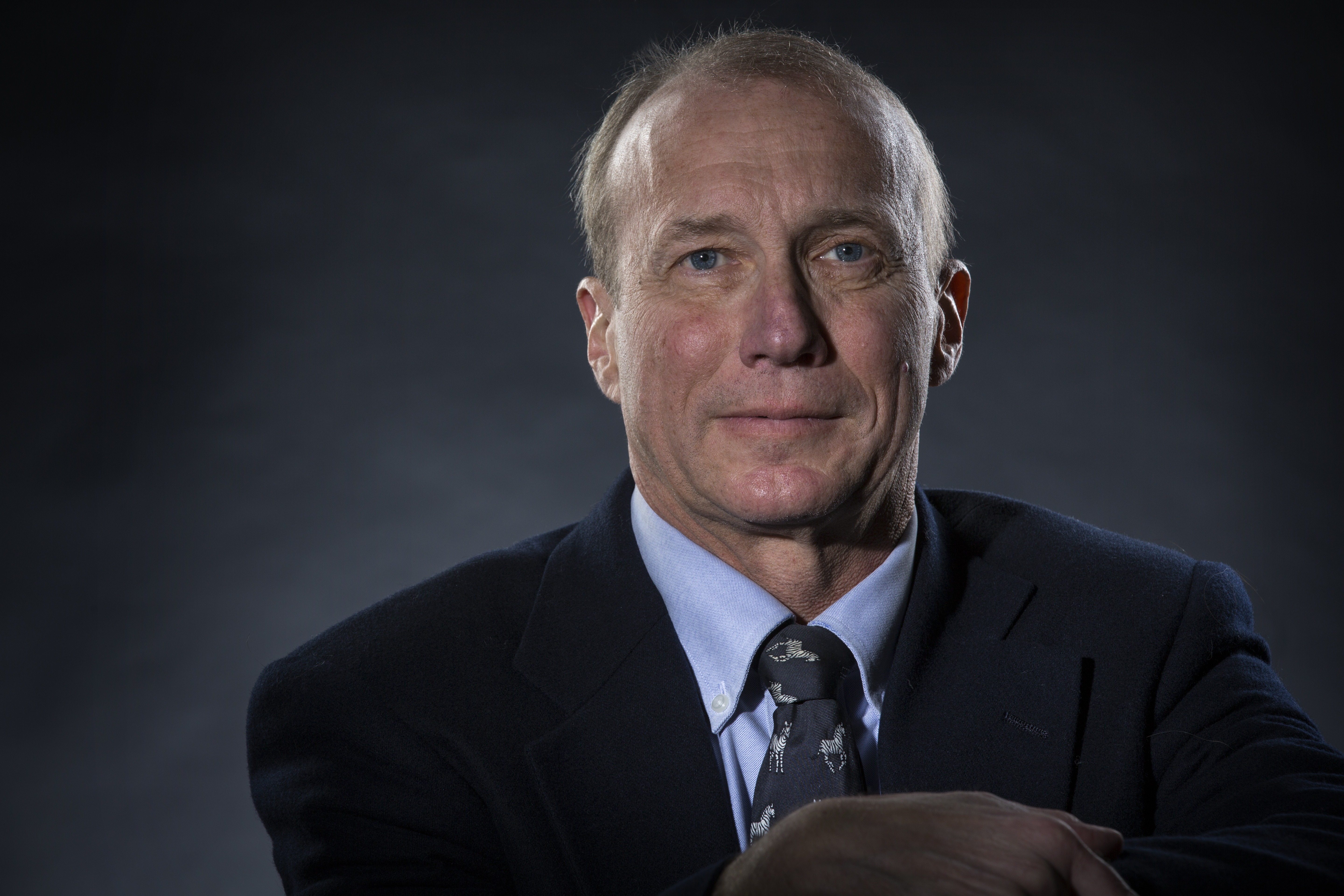 Oliver “Ollie” Press, a blood cancer physician who made foundational contributions to the development of targeted cancer therapies, died Sept. 29 of complications from glioma. He was 65.

Press was best known for his impact on the development of radioimmunotherapies. His scientific impact spans the research spectrum, from fundamental science to large-scale clinical trials.

“Ollie was an extraordinary physician-scientist and leader of [Fred Hutchinson Cancer Research Center’s] Clinical Research Division [from 2013-2016]. He was an early pioneer in the use of monoclonal antibodies to target radionuclides to tumors, always keeping the immediate needs of cancer patients foremost in his translational science,” said Gary Gilliland, president and director of Fred Hutch. “Perhaps most importantly, he was a truly remarkable mentor—his legacy and his work will live on through his many trainees. He will be dearly missed but will remain an inspiration and role model to us all.”

Press was diagnosed with brain cancer in 2015. At the time of his death, he held the first David and Patricia Giuliani/Oliver Press Endowed Chair in Cancer Research at Fred Hutch and had been a faculty member in the Clinical Research Division since 1986. He also held the Hutch’s Dr. Penny E. Petersen Memorial Chair for Lymphoma Research from 2001 to 2016. He maintained a joint appointment at the University of Washington, where he was a professor of medicine and adjunct professor of bioengineering.

“I think his impact is extraordinary. His impact is in science, in clinical care and in education,” said UW Medicine CEO Paul Ramsey in a previously unpublished interview with Fred Hutch News Service, several months before Press’ death. “In everything he does, he shows he’s a leader by being a role model: He does the work as well as leads the work.”

Press chaired the Scientific Advisory Board for the Lymphoma Research Foundation and co-chaired the NCI Lymphoma Steering Committee, which guides the design of national clinical trials for lymphoma, many of which he led. Appointed acting senior vice president and acting director of the Hutch’s largest research division in 2013, Press continued to serve in this role for more than three years, throughout his treatment for cancer, until a permanent new leader, Nancy Davidson, took the helm Dec. 1, 2016.

“I had never met Ollie before I came to Seattle. From the moment I met him it was immediately apparent that Ollie was everything that one could hope for—a highly skilled and caring physician, an innovative and visionary cancer researcher, a talented administrative leader and an exceptional mentor for so many—including me as a newcomer,” said Davidson, senior vice president and director of the Hutch’s Clinical Research Division, director of medical oncology at UW Medicine and executive director and president of Seattle Cancer Care Alliance, where Press treated patients. “I am fortunate indeed to follow in his footsteps at Fred Hutch, UW and SCCA as we work toward a world without cancer. He will be sorely missed by his many patients and all members of the SCCA.”

Press’ cancer radioimmunotherapy research, which began when he was a fellow at Fred Hutch in the 1980s, played a pivotal role in the strategy’s eventual FDA approval in the early 2000s. Clinical trials he led combining radioimmunotherapy and blood stem cell transplant have demonstrated some of the best long-term outcomes ever seen in certain kinds of blood cancers. Hundreds of patients have received radioimmunotherapy products created in his research labs, Press estimated in an interview earlier this year.

Press was frustrated that radioimmunotherapy has had relatively low uptake in clinical practice, even though it can be a source of cures for many patients. Throughout his career, Press led the development of new technologies that he hoped would help to increase the strategy’s uptake. For example, a new class of low-wavelength radioactive compounds he was investigating, called alpha-emitters, would make the procedure possible in an outpatient setting, obviating the need for specialized radiation-safe facilities that patients can typically only find at major academic medical centers.

Another new strategy he was developing, called pre-targeted radioimmunotherapy, would make the therapy even more specific to tumors, further reducing unwanted effects on healthy tissue.

Press has also made fundamental contributions to other targeted blood cancer therapies. As a fellow, he led the first trial of an antibody specifically aimed at a molecule called CD20 on certain immune cells called B cells that can become cancerous in leukemias and lymphomas. That trial in lymphoma, published in 1987, was the first to demonstrate the feasibility of targeting this molecule with an antibody to treat cancers; today, CD20-targeted antibody-based drugs are a mainstay of treatment for blood malignancies.

More recently, Press, with his mentee Brian Till, developed a genetically engineered immune-cell therapy targeting CD20, which is launching in its first-in-human trial this fall for patients with difficult non-Hodgkin lymphomas. This trial is one of the first in the world to aim these genetically engineered cells, called CAR T cells, at this target.

These projects are all now being carried on by junior researchers he mentored, to whom Press transitioned his research after he went on medical leave this January.

Press was born and raised in St. Louis. As an undergraduate at Stanford University, Press considered careers in herpetology and marine biology before settling on medicine.

In February 2017, Fred Hutch unveiled the Oliver ‘Ollie’ W. Press Award for Extraordinary Mentorship, which was created by Press’ colleagues to honor his impact on patients and on cancer research. Press also received the Excellence in Mentorship Award from the UW Department of Medicine in 2016. UW recently established the Oliver W. Press ARCS Foundation Endowed Fellowship (“The Ollie”) to support M.D./Ph.D. students in the UW/Fred Hutch Medical Scientist Training Program.

And after brain surgery one Friday in October 2015 to remove a tumor that had been diagnosed just days before, he was back at work on Monday; he had patients scheduled in the clinic and he couldn’t imagine cancelling on them.

Press received the inaugural Oliver W. Press Distinguished MSTP Alumnus Award from UW; the Research Visionary Champion Award from the Washington/Alaska chapter of the Leukemia & Lymphoma Society; a Gold Award for Achievement in Medical Research from Seattle Business Magazine; and several awards from the Lymphoma Research Foundation, including the organization’s Distinguished Service Award, which was bestowed on him jointly with his wife in the days before his death. He has also appeared on local and national “top doctor” lists nearly two dozen times. Press will be posthumously awarded the SAAS Foundation for Medical Research’s John Ultmann Award for Contributions to Lymphoma Research in October and the American Society of Hematology’s 2017 Mentor Award in December.

He is survived by his wife of 38 years, Nancy Press, who collaborated with him behind the scenes on his research since the earliest years of their marriage, doing everything from flushing marrow from mouse bones to editing grant applications and, since 2006, serving in an official capacity as his lab’s research administrator.

Memorial gifts may be made to the Oliver W. Press ARCS Foundation Endowed Fellowship (“The Ollie”) and the Oliver “Ollie” W. Press Award for Extraordinary Mentorship.