Diversity within Diversity: Lessons from the Latinos of South Texas

Diversity is to be celebrated in our society as enriching our experiences, our cultures and the richness of our lives. Diversity within the context of cancer care and research has appropriately grown to include considerations of diversity of race, ethnic heritage, age, gender, and experiences.

Within the diversity of ethnic heritage, we have learned that deep diversity exists within several additional factors including race, culture, and regional factors. In the context of cancer care and research, these aspects of diversity may impact biological differences between populations, such as cancer incidence and prevalence, predisposing factors, presence of comorbidities impacting therapy, pharmacogenomic differences in cancer therapy metabolism, and even perhaps mutation profiling. Additional cultural differences impact preconceptions of patients regarding medical care, participation in clinical trials, and end-of-life care.

Our cancer center, the Mays Cancer Center at UT Health San Antonio MD Anderson, has the privilege of caring for a predominately Latino population within our catchment area of San Antonio and South Texas.

In the late 1980s, most health research focused on “white, black, or other.”

Amelie Ramirez, a researcher at The University of Texas Health Science Center at San Antonio, now called UT Health San Antonio, and its Mays Cancer Center, was among the first researchers to focus on Latino health issues. She and her team developed interventions to address some of the major cancer concerns facing this population.

In the 1990s, her team launched the first comprehensive assessment of a large Latino cohort to identify similarities and differences in knowledge, attitudes, and behaviors for cancer screening and cancer risk factors among different Latinos populations—Mexican Americans in San Diego, San Antonio, and Brownsville, Texas; Cuban Americans in Miami; Puerto Ricans in New York City; and Central and South Americans in San Francisco—where social determinants, acculturation, and ancestry all play a major role in cancer health care outcomes.

The project eventually transitioned into the Redes En Acción network, which has stimulated collaborative research including culturally competent patient navigation to expedite care for Latinas who have had an abnormal mammogram. The network has a program that communicates health messages to Latinos to reduce cancer and has a pipeline to train future researchers.

U.S. Latinos deal with many cancer health disparities compared to their white peers, including higher rates of cervical, gallbladder, and liver cancers, as well as acute lymphocytic leukemia. These disparities are even more pronounced in South Texas.

Guided by this knowledge, Ramirez and other researchers at the Mays Cancer Center are working to reduce cancer health disparities in South Texas from primary prevention all the way to cancer survivorship. The Mays Cancer Center is taking steps to increase Latino accrual into clinical trials, given that fewer Latinos than other population groups participate.

UT Health San Antonio researchers also identified aflatoxins—cancer-causing chemicals produced by mold that can contaminate improperly stored foods, and are ingested by people—as a culprit for the sky-high levels of liver cancer in South Texas Latinos.

Ramirez and her team implemented a cooking and motivational interviewing intervention to help local breast cancer survivors increase their intake of anti-inflammatory foods to fight recurrence.

They built an advocacy education program, Salud America!, to enable people to push for healthy system changes in local communities and schools to improve Latino child and family health. They created a bilingual quit-smoking service for South Texas Latinos called Quitxt, which sends text messages with culturally and regionally relevant support, and is scientifically proven to help young adults quit for good.

The team is developing smartphone apps to help local breast cancer patients stick to their prescribed therapy. And even more significant, the team is building a pipeline of Latino cancer researchers to continue this important work and innovate new research to improve Latino health.

UT Health San Antonio and its Mays Cancer Center are hosting an international conference, Advancing the Science of Cancer in Latinos, to address cancer among the largest majority-minority population in the U.S. More than 200 health researchers, professionals, and leaders are set to attend the conference on Feb. 21-23, 2018, and generate recommendations for future directions of cancer in Latinos.

The revolution of individualized cancer care has deeply swept into cancer centers, and although it began as a way to incorporate tumor-specific mutation analysis informing targeted therapy, it continues to evolve. 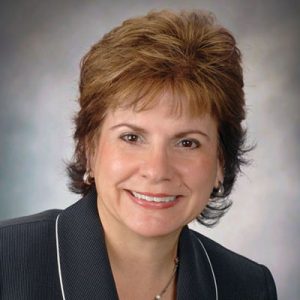 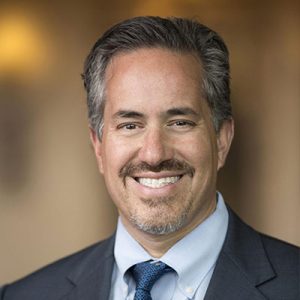