The U.S. News & World Report rankings of the best cancer hospitals for 2016 brought no great surprises. The top four cancer centers did not change from last year:

There was a change in this year’s No. 5 slot: UCLA Medical Center. Last year, it was the Seattle Cancer Alliance and University of Washington Medical Center

Though the system used by U.S. News isn’t regarded as scientific, directors of cancer centers and folks in marketing pay close attention to even the smallest of changes in the standing of their institutions.

As in the past, the rankings are determined largely by a metric called “reputation with specialists,” which contributes 27.5 percent to the overall grade. You calculate that score by posing the following question to board-certified oncologists:

“Please name up to five U.S. hospitals that you believe provide the best care in oncology for patients who have the most challenging conditions or who need particularly difficult procedures. Do not consider location or cost.”

In oncology, the results are predictable: MD Anderson and MSKCC get mentioned first, and a steep drop-off follows. This year, MD Anderson had the reputation score of 62, MSKCC got 61.1, Mayo 33.5, Dana Farber/Brigham and Women’s 26.3, and UCLA 6.8. MD Anderson has been in the top position 12 times over the past 15 years.

Tables show that many NCI-designated cancer centers end up with barely detectable “reputation with specialists” scores. 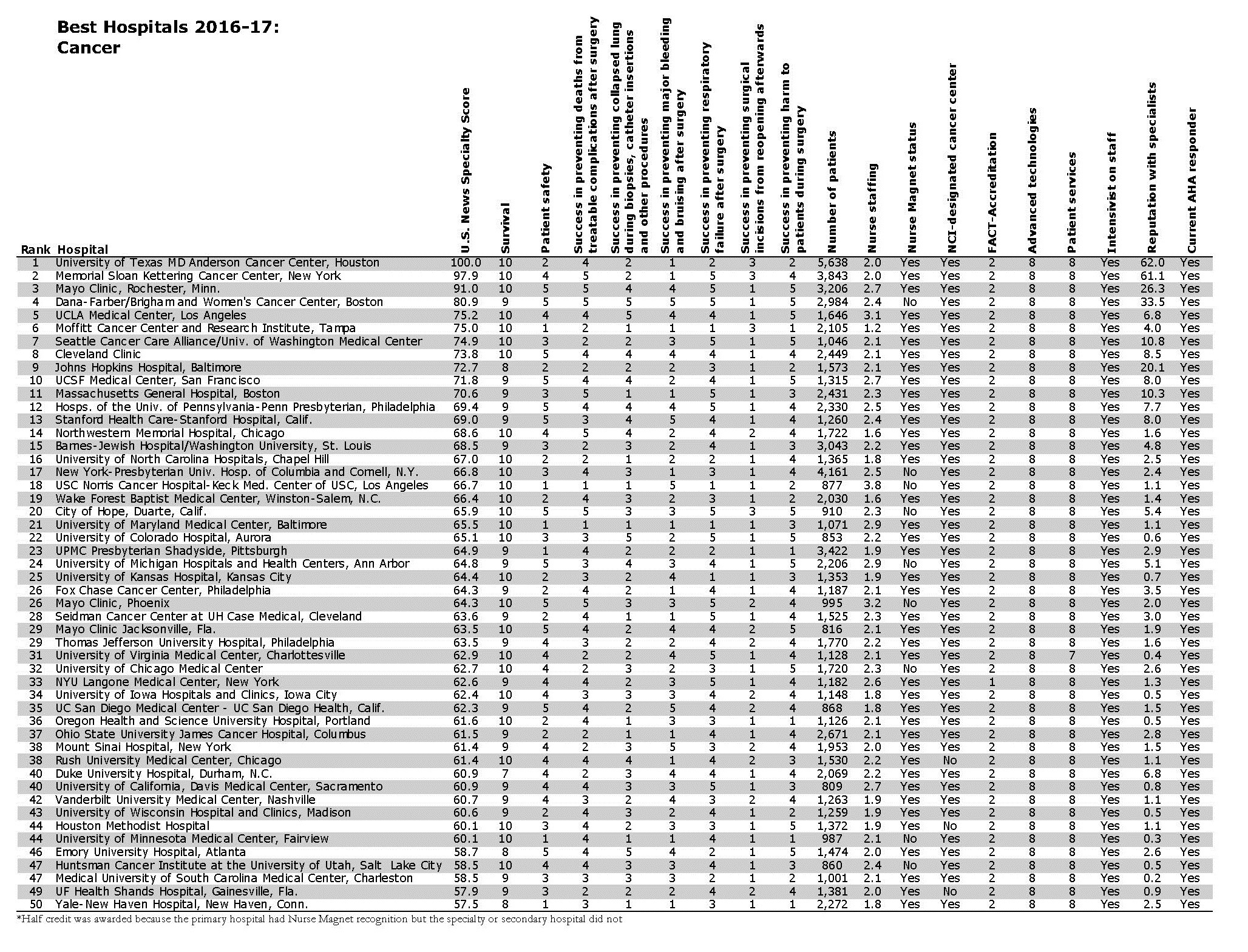 This can be compared with last year’s table: 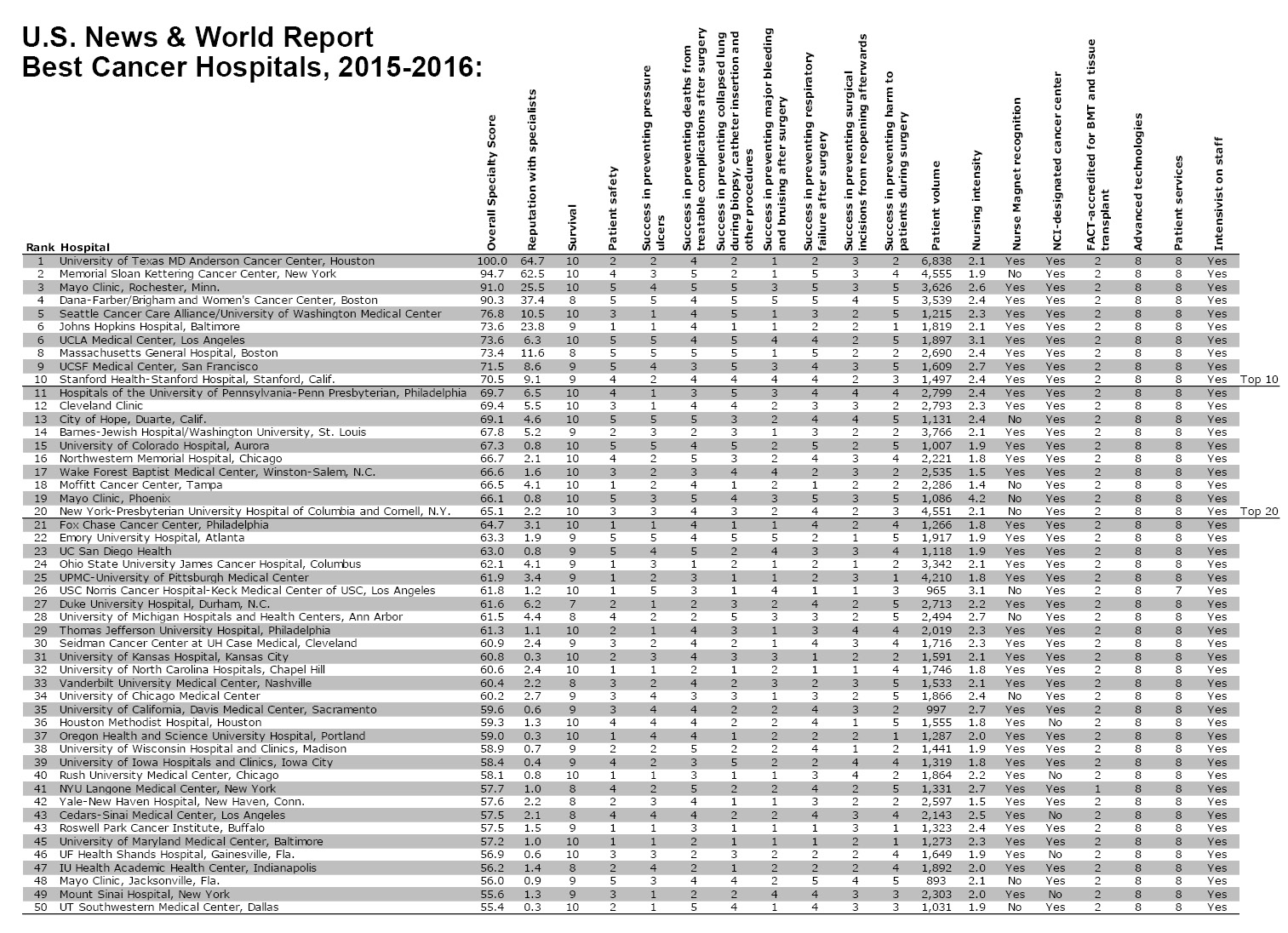 The reputational score was determined by a survey of two separate cohorts:

• The Doximity Masterfile member survey, which was conducted with 9,672 cancer specialists, of whom 9.6 percent responded.

• Surveys were also sent to 200 oncologists who are not Doximity members; 28.4 percent of whom responded.

The results were stratified by census region, weighted, put through log transformation and averaged over three years. 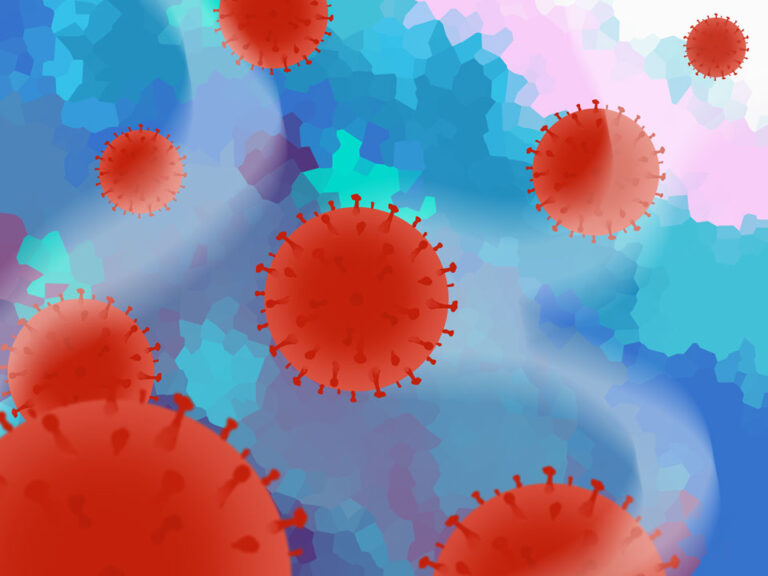 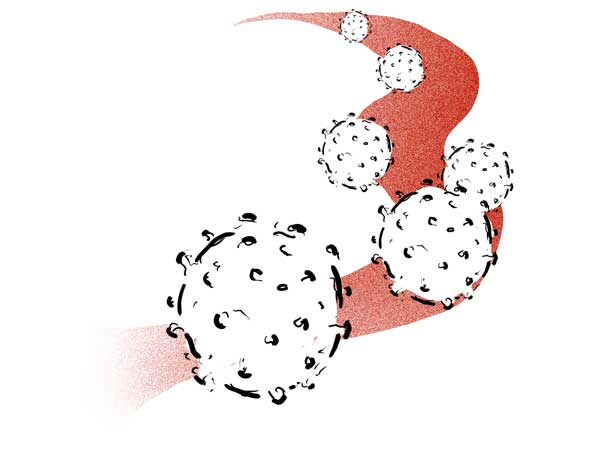 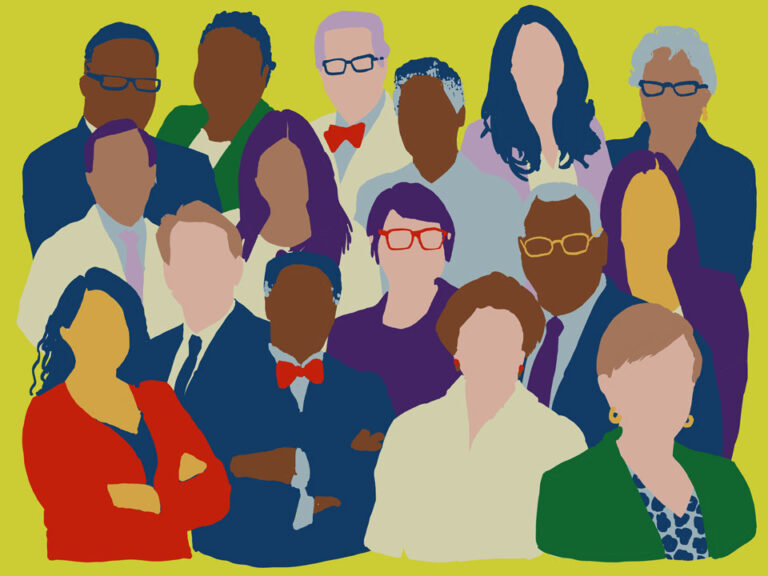 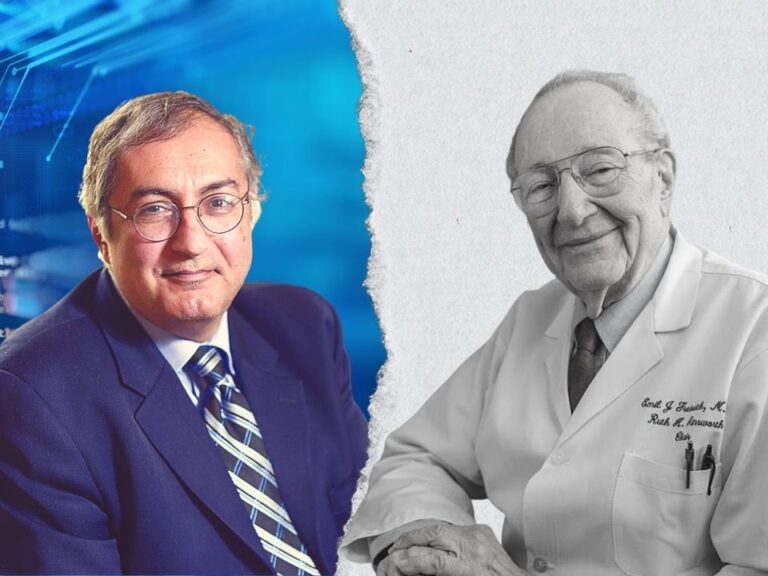 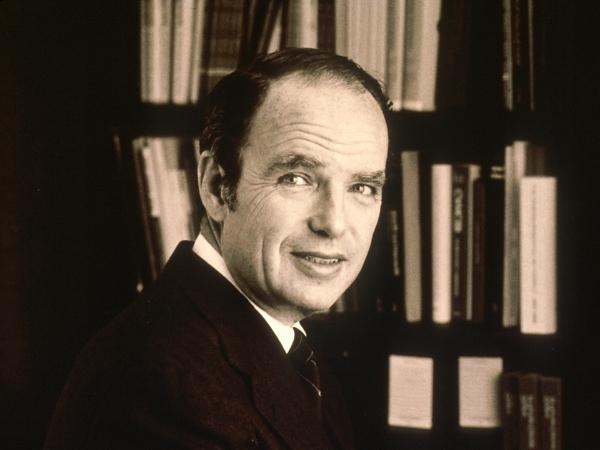