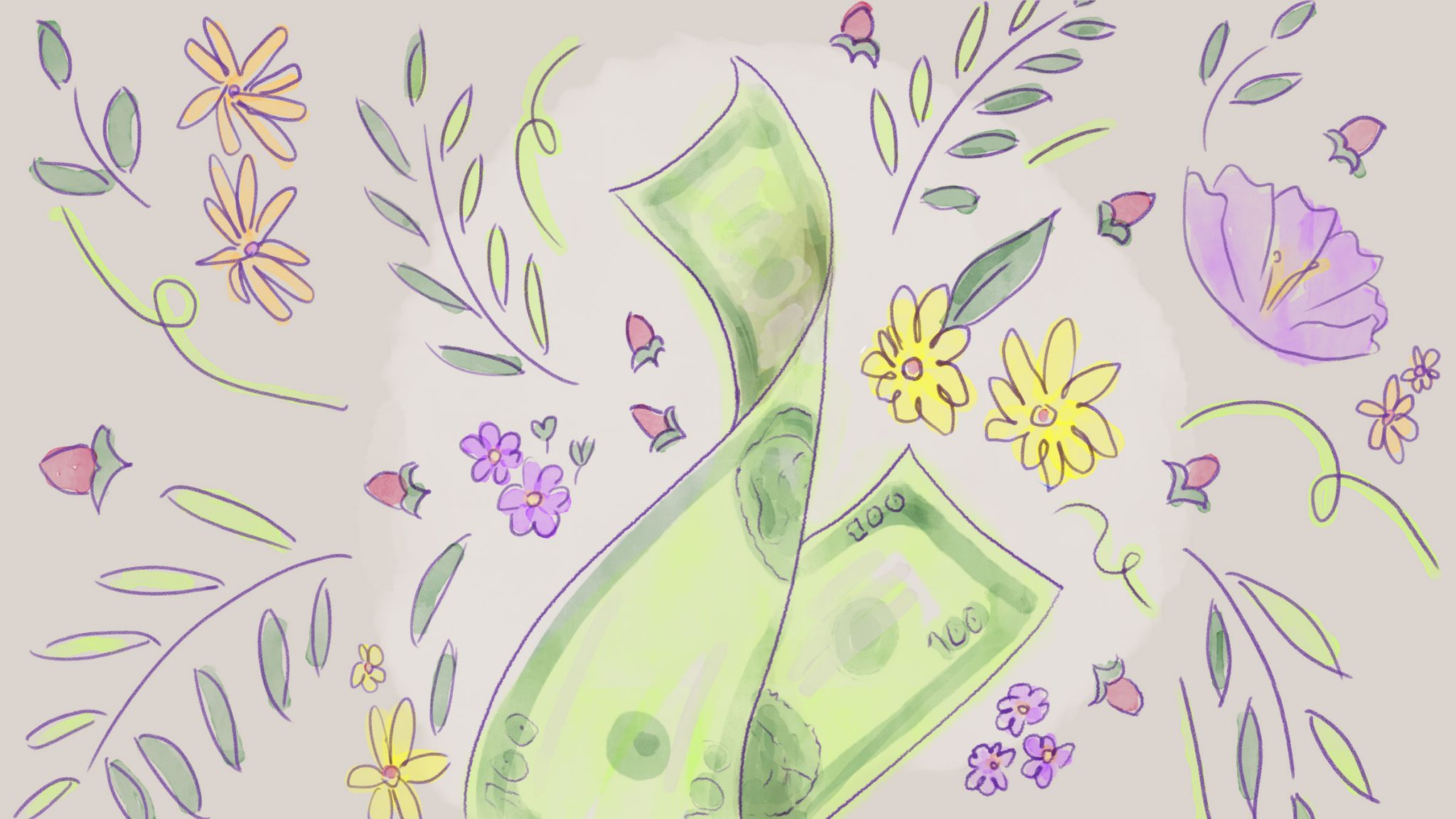 “The discretionary request calls for $6.5 billion to launch the Advanced Research Projects Agency for Health (ARPA-H) within the National Institutes of Health (NIH),” a White House press release states. “With an initial focus on cancer and other diseases, such as diabetes and Alzheimer’s, this major investment in federal research and development will drive transformational innovation in health research and speed application and implementation of health breakthroughs.”

The $6.5 billion outlay for ARPA-H is a part of the $9 billion increase. Several insiders say they are parsing through the math, as the total budget increase for NIH in the Biden proposal appears to constitute $8 billion, not $9 billion.

By way of comparison, $6.5 billion is about $100 million above or on par with NCI’s FY2021 appropriation, which—yes—may make ARPA-H bigger than NCI, NIH’s largest institute.

Given the cancer focus of the new agency, ARPA-H and NCI may end up being more collaborative than competitive. It’s conceivable that ARPA-H would draw on NCI for staff and expertise, including, potentially, detailing NCI officials to function in key roles, such as director.

ARPA-H’s proposed budget is also equivalent to about 15% of NIH’s FY2021 appropriation. It’s unclear how much of its budget would go toward diseases other than cancer.

Biden’s ARPA-H ask, if granted, would make up the majority share of the overall budget increase for NIH in FY2022.

Up until April 9, informed sources expected ARPA-H to be an “authority,” and were surprised to see the word “agency” appear instead.

Technically, an authority would be one stop short of a separate agency that could operate outside NIH—i.e. creating a new federally funded entity capable of competing with NIH in biomedical research.

The federal government has a growing number of “ARPA” entities. The Department of Defense’s DARPA—the organization on which ARPA-H is modeled—is an agency.

A Department of Energy organization, ARPA-E, is an agency, too. Another entity now proposed by Biden—ARPA-C, as in “climate”—would be an agency as well.

By contrast, BARDA, the HHS Biomedical Advanced Research and Development Authority, is, well, an authority.

Since ARPA-H would be housed within NIH, the difference between an agency and authority, in this case, will likely be defined in practice.

The word in Washington is, the Democrat-controlled Congress will seriously consider significant funding for the new agency. House and Senate members are reportedly awaiting more details from the White House.

“As the Congress embarks on this year’s appropriations process, the Administration is outlining its discretionary funding request for FY 2022—a package of proposals to help build on efforts to combat the COVID-19 pandemic and improve the public health infrastructure; create an economy that works for everyone; mount a historic, whole-of-Government approach to combating climate change; advance equity across the Nation and economy; and restore America’s standing around the world,” Shalanda Young, acting director of the Office of Management and Budget, wrote in a letter April 9 to Sen. Patrick Leahy (D-VT), chair of the Senate Committee on Appropriations.

“For example, the discretionary request proposes the creation of an Advanced Research Projects Agency for Health within the National Institutes of Health,” Young wrote.

As it stands, ARPA-H will most likely fall under the jurisdiction and purview of the Office of the Director at NIH. It’s unclear who will wield executive authority at ARPA-H, and whether the director will be appointed by the president.

DARPA, although independent from other military operations and research within the Department of Defense, reports directly to DoD senior management. The director of ARPA-E reports to the Secretary of Energy.

The directors of DARPA and ARPA-E are presidential appointees.

Biden has been talking about the ARPA-H concept for a long time, usually in connection to cancer. On the 2020 presidential campaign trail, Biden has suggested that an organization like ARPA-H should have a $50 billion budget.

Since then, Washington insiders and oncology leaders have been eagerly awaiting Biden’s plan. Here are some questions being asked:

Biden is expected to release his full budget proposal in early May.

When ARPA-H is funded, it will join the ranks of a number of multi-billion dollar federal research agencies in Washington—DARPA, or the Defense Advanced Research Projects Agency, is likely the most well known of these, having been credited with the invention of the internet, GPS, stealth technology, and precision weapons.

Let’s consider the scale. The FY2019 enacted budget for DARPA was $3.427 billion. ARPA-E, which was given an initial $400 million budget as part of the Obama-era American Recovery and Reinvestment Act of 2009, received $425 million in 2020.

If ARPA-H is fully funded, it would become the largest ARPA in Washington.

If DARPA’s mission is any indication—i.e. to drive technological innovation far beyond the immediate needs of the U.S. military—ARPA-H may serve as a deep pocket of federal funds for cutting-edge biomedical research in cancer and other diseases.

Also, if the architecture of ARPA-H is akin to DARPA’s, future collaborators can expect the agency to work with a broad spectrum of stakeholders—cross-government initiatives with other agencies, industry, academia, and corporate partners.

Beyond more resources being committed to stimulate advances in biomedical research in general and cancer research in particular, a DARPA-like approach should nicely complement the foundational research coming from the NIH and the NCI.

“I am pleased to hear President Biden discuss his intentions to establish ARPA-H,” Tyler Jacks, president of Break Through Cancer, and David H. Koch Professor of Biology and director of the Koch Institute for Integrative Cancer Research at MIT, said to The Cancer Letter. “Beyond more resources being committed to stimulate advances in biomedical research in general and cancer research in particular, a DARPA-like approach should nicely complement the foundational research coming from the NIH and the NCI.”

Break Through Cancer, an alliance across five academic cancer centers, has a similar focus to accelerate research, clinical trials, and cures on four cancer types—pancreatic cancer, ovarian cancer, glioblastoma, and acute myelogenous leukemia. The foundation was announced Feb. 25 with a challenge pledge of $250 million from William H. Goodwin, Jr., Alice T. Goodwin, and their family, and the estate of William Hunter Goodwin III. (The Cancer Letter, Feb. 25, 2021).

“I would expect ARPA-H will take on big, bold challenges and encourage investigators to take risks and aim high,” Jacks said.

Incoming ARPA-H officials might find a mix of mechanisms for funding projects at their disposal. These may include DARPA-like contracts, challenge and prize awards, as well as other authorities for executing transactions.

It’s unclear whether this structure would prioritize industry over academia, as is the case at DARPA, insiders say.

The new entity isn’t the only ARPA in the works within the Biden-Harris administration.

Biden appears to be taking a similar approach to climate issues, with a goal of “net zero economy-wide emissions by 2050.” The White House is expected to propose an ARPA-C, through the establishment of a new Climate Innovation Working Group as part of the National Climate Task Force.

Like ARPA-H, ARPA-C is proposed as an agency, the White House said.

The idea, as it appears, is to enable the president’s team to track progress and apply thumbprints as needed. By design, ARPA-C, like ARPA-H, will interface with the White House’s Office of Science and Technology Policy, working closely with the Office of Management and Budget.

“We’ve asked Dr. Eric Lander, a renowned Harvard-MIT scientist, to serve as my science advisor and head of the Office of Science and Technology Policy and co-lead the Presidential Council on Advisory Science and Technology,” Biden said at a Feb. 25 event commemorating the 50 millionth COVID-19 vaccine shot (The Cancer Letter, Feb. 26, 2020).

“These are the White House offices that bring together the country’s top scientists to address our most pressing needs, and they’ll be part of the work to develop a DARPA-like advanced research effort on cancer and other diseases, just like we do DARPA in the Defense Department, which develops breakthrough projects to secure our national security.”

NIH officials have started preparing for the new agency, insiders say. On March 18, NIH Director Francis Collins reportedly met with institute and center directors in Building 1 to discuss the positioning of ARPA-H.

Leaders of some NIH institutes and centers are wary that, as an agency run at the discretion of the NIH Office of the Director, the bolus of funds for ARPA-H may never reach them, insiders say. The final decision to position the agency inside NIH—or outside—lies with Congress.

Oncology groups, speaking on background, say they are excited about the prospect of a new funding source for cancer research. However, ARPA-H should not be funded at the expense of NIH and NCI—in terms of authority and budget, insiders say.

Congressional support for biomedical research has increased NIH’s budget by nearly 40% over five years, from $30.3 billion in FY2015 to $41.6 billion in 2020, according to NIH’s Office of Budget.

Insiders say the biomedical research advocacy community is united in requesting at least $46.1 billion—a $3.2 billion increase—for the NIH. Advocates are requesting $7.6 billion for the NCI in FY2022, which is what is recommended in the NCI Director’s Annual Plan and Budget Proposal, also known as NCI’s Bypass Budget.

That momentum of sustained increases for NIH should be maintained exclusively for NIH, and appropriators should look to other sources for funding ARPA-H, insiders say.

To that end, ARPA-H’s stated mission of investing billions of dollars that drug companies are “not willing to do” or “don’t have the capacity” for, is a welcomed newcomer in oncology, observers say.

“We’re all benefited from the breakthroughs pioneered by the Defense Department,” Biden said during a March 23 visit to the Arthur G. James Cancer Hospital and Richard J. Solove Research Institute at the Ohio State University (The Cancer Letter, April 2, 2021).