Ethicon, the Johnson & Johnson subsidiary that manufactures nearly three-quarters of laparoscopic power morcellators on the market, has requested a withdrawal of the controversial devices.

“Immediately review inventory to determine if you have any Ethicon Morcellation Devices which are the subject of this market withdrawal,” the company wrote in a letter to hospitals worldwide.

“If you have provided Ethicon Morcellation Devices to any hospital within your system, you are responsible for notifying the appropriate parties immediately,” said the letter dated July 31.

Ethicon said it will reimburse customers for all devices returned by Dec. 30, 2014.

The company’s decision to pull the devices off the market comes as a result of a series of extraordinary events:

The two Harvard physicians—Amy Reed and Hooman Noorchashm—said they were inundated by emails and phone calls when word of the withdrawal got out Wednesday evening.

“Everyone saw this as a victory,” said Amy Reed, the anesthesiologist at Beth Israel Deaconess Medical Center who had her undetected leiomyosarcoma disseminated by the procedure in October 2013.

“But the overwhelming opinion of everyone was, ‘We won.’”

Ethicon officials said the decision to withdraw the device is based on an “uncertain” risk-benefit assessment of hysterectomy and myomectomy procedures performed with power morcellators.

Morcellation has been a standard practice in gynecology for nearly two decades. Power morcellators, which typically cost $1,500 to $3,000 per unit, have been used on an estimated 100,000 women a year in the U.S.

“Due to this continued uncertainty, Ethicon believes that a market withdrawal of Ethicon morcellation devices is the appropriate course of action at this time until further medical guidelines are established and/or new technologies are developed to mitigate the risk,” Ethicon said in a statement. “We remain committed to advancing the standard of care for women’s health and will continue to monitor and evaluate this important issue.”

Johnson & Johnson held an estimated 72 percent of the market share for power morcellators in 2011, according to iData Research Inc., a market research firm.

A voluntary withdrawal initiative is the strongest action Ethicon can muster, said Thomas Greene, a civil litigation attorney who has represented Reed and Noorchashm.

“Manufacturer-initiated recalls are voluntary recalls,” Greene said to The Cancer Letter. “This is not a half-measure by Johnson & Johnson—this is the company taking the strongest action it can to limit future use of its power morcellators. And it’s important to note that so-called ‘voluntary’ recalls don’t mean Johnson & Johnson cannot take other kinds of action, like sending employees to retrieve the devices.

The withdrawal is a sign that Johnson & Johnson recognizes the harm their devices can cause, Greene said.

“The company has made a decision that is in its own best interest to prevent future use of its power morcellators to the extent it can,” he said. “Johnson & Johnson knows that their products cannot be used safely to morcellate uterine fibroids, because there is no definitive test to determine if fibroids are benign or cancerous.”

The move will limit the company’s future liability, Greene said.

“I think the company understands now that it is not blameless for its role in promoting the use of morcellators despite mounting evidence of cancer deaths,” he said. “The recall will have the effect of capping their liability to claims that arise from the use of power morcellators that are not returned.”

The Allegheny Health Network, a large hospital system with 250 facilities throughout Pennsylvania, promptly responded to the withdrawal announcement.

“[The morcellators] have already been sent back,” a spokesperson for the network said to The Cancer Letter. “Allegheny Health Network follows the FDA’s recommendations, as well as those of the leading OBGYN and gynecologic oncology professional organizations, and has carefully weighed the benefits and risks of power morcellation for fibroid removal on an individual patient basis.

“We will continue to abide by the recommendations of these groups and will comply with any recall of devices that we are using. Power morcellation is offered only when a closed collection system is used to limit the spread of tissue during hysterectomy or fibroid removal. Allegheny Health Network does not offer the procedure without this safeguard and each patient is counseled on risks, benefits and alternatives to the procedure.”

Other institutions, including the University of Pittsburgh Medical Center, are evaluating their position on the issue.

“As noted previously in May, UPMC immediately adopted changes in our practice, significantly reducing the use of morcellators for hysterectomy and uterine fibroid removal,” officials said in a statement to The Cancer Letter. “In addition, we are now requiring those physicians still using morcellators to use a containment bag, significantly reducing exposure to any undetected cancerous cells.

“UPMC is currently reevaluating our position based on the Johnson & Johnson announcement.”

The American College of Obstetricians and Gynecologists called the withdrawal “unfortunate.”

“Our position hasn’t changed,” an ACOG spokesperson said to The Cancer Letter. “And our position is based on science.”

ACOG officials stressed the importance of informed consent as a way to improve the use of morcellation—a position opposed by several members of the FDA Obstetrics and Gynecology Devices Advisory Committee, who said informed consent protects the practitioner from liability, not the patient.

“Unfortunately, the impact of today’s withdrawal of some morcellators from the market will be felt most strongly by America’s women,” ACOG said in a statement. “While there is a potential risk associated with morcellation, there is also a significant benefit associated with avoiding total abdominal hysterectomy and its increased risk of infection, bleeding, bowel injury, blood clots and death. In other words, there is significant risk on both sides and benefit on both sides.

“We hope that, moving forward, women will continue to speak with their physicians about their treatment options, which can include laparotomy, total abdominal hysterectomy, and vaginal hysterectomy, which we have previously recommended because it is associated with better outcomes and fewer complications.”

The American Association of Gynecologic Laparoscopists similarly called for further evaluation of evidence.

“At present, there exists no new valid scientific information to change the position statement of the AAGL,” said Jubilee Brown, an associate professor at MD Anderson Cancer Center and a member of AAGL’s board of trustees. “The AAGL’s policies are based on scientific merit and on full evaluation of the beneficial impact of minimally invasive surgery for patients worldwide. We will continue to support evidence-based medicine and comprehensive consideration of the risks and benefits of each surgical procedure.

“The AAGL recognizes that information continues to be produced,” said Brown, director of gynecologic oncology at The Women’s Hospital of Texas, and associate professor in the Department of Gynecology Oncology and Reproductive Medicine at MD Anderson. “Scientific papers including the recent JAMA study, the upcoming study by Pritts et al., the study by Naumann et al., and certainly additional future publications will continue to inform the decision-making surrounding this issue. The AAGL and its Task Force on Tissue Extraction Techniques will continue to evaluate these data in a dynamic fashion, and we will amend our stance and policies as the scientific data warrant.”

Brown said AAGL recognizes that the withdrawal request is within the scope of Ethicon’s business policy—a decision that will impact many gynecologists.

“The withdrawal of power morcellators by Ethicon will certainly limit the ability of many gynecologists to offer power morcellation as a treatment option to their patients with large fibroids,” she said. “This may result in an increase in open laparotomies for the treatment of benign fibroids.”

Reed: “The Beginning of the End”

Ethicon’s withdrawal of its power morcellators is the turning point in the narrative, Reed said.

“We’re encouraged by this,” she said to The Cancer Letter. “We were encouraged after the FDA panel had gotten together, but still—there is always room for doubt that they would come out definitively.

“However, I feel like this is the first step to really putting an end to this.

“I’m happy that other women will be spared what I went through, but part of me is still angry it’s been going on for two decades, and it happened to us, and we had to sacrifice. Especially my husband—professionally and personally—we had to sacrifice to get it to come to this. To me and to so many people, I think this is so obvious, that the fact that it has taken two decades, it’s kind of bittersweet.”

It’s notable that it was a device manufacturer who took this decisive step toward resolution of the controversy, Reed said. Physicians and their associations should have been at the forefront of demanding changes, but—disappointingly—were not, she said.

“My husband and I are both physicians, and the last thing that we want is to have regulatory bodies made up of non-physicians telling us how we practice, or telling us what’s the right thing to do for patients, because that’s all we do,” she said. “But the fact that the gynecologic community have been so unable to self-regulate when it comes to this, it’s crazy.

“I’m sure all of that is financially motivated, but still, the fact that physicians are pushing for this procedure to remain in practice when the government is saying this is not a good idea—soon it’s going to become clear how wrong they are in that stance.

“I have to imagine that people within the gynecology community are shifting, and it’s only those last vocal people that are making the headlines. But overall, it’s disheartening because we are becoming so entrenched in our specialty—that Hippocratic oath that we take is designed to prevent things like this from happening.”

Small dreams have no power to move hearts, and in a new six-year strategic plan, St. Jude Children’s Research Hospital is thinking very big. What would it take to drastically increase cure rates for childhood cancer worldwide? 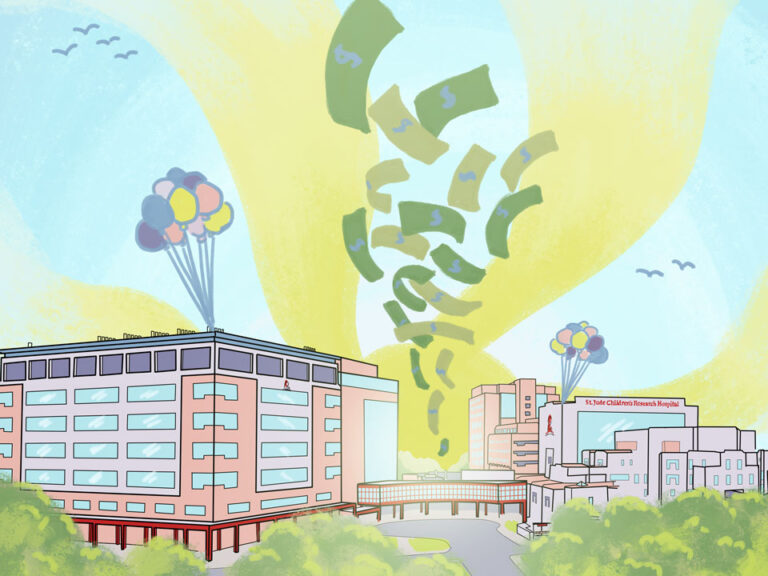 Cancer trials are getting harder to complete, suggesting a role for more powerful RWE, AI solutions

Clinical trials for oncology drugs are running into unique challenges as protocols become more complex and as the number of new investigational agents continues to outpace all other drugs, according to a recent study by Tufts University researchers. 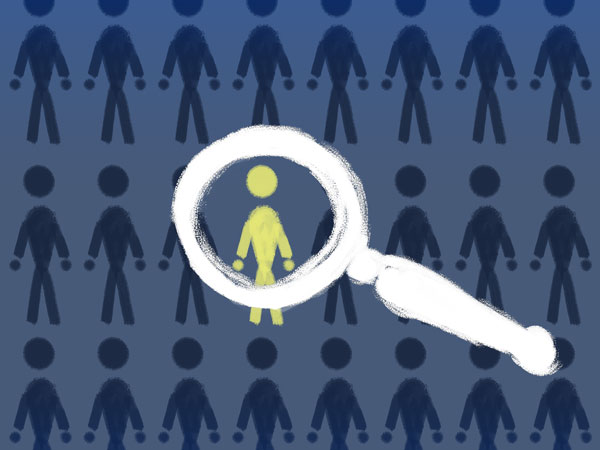 Gynecologic oncologist Sarah Temkin has observed and experienced sexism in many venues: in hospital inpatient units, in the clinic infusion site, in the emergency room, but nothing is more blatant than sexism in the operating room. 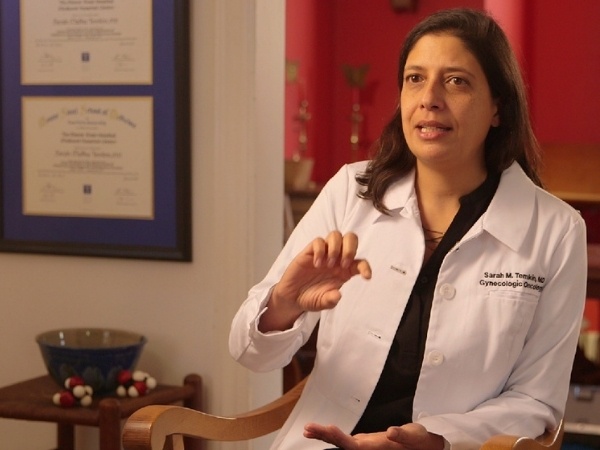 Paul Calabresi: A founder and giant in the field of medical oncology

The story of modern cancer therapy would not be complete without the inclusion of the work of Paul Calabresi and some insights about the challenges he faced, along with his accomplishments. 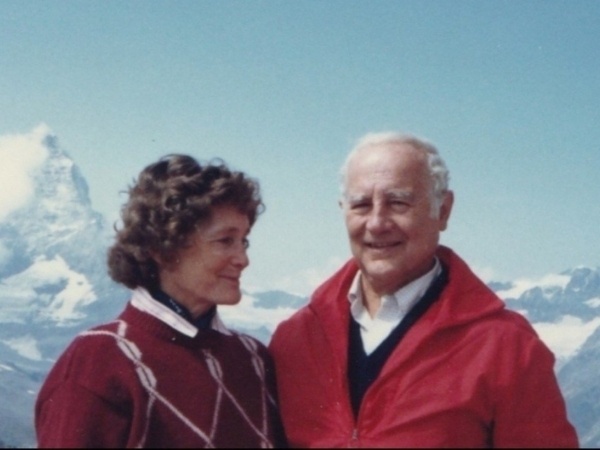 Becky Stephens is more than willing to go to great lengths for a miracle. With a diagnosis of stage 4 colon cancer and chemo treatments that weren’t working, she was desperate for hope—and found it in a clinical trial. 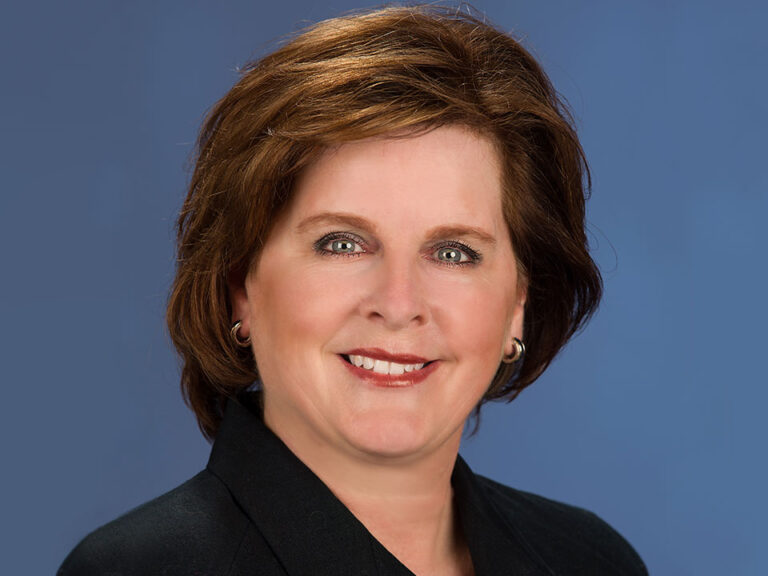 “The fact that a woman could get a PhD degree and then get a job was really different than in other parts of the world,” said Marilyn Bailey Ogilvie, professor emeritus in the Department of the History of Science at the University of Oklahoma. 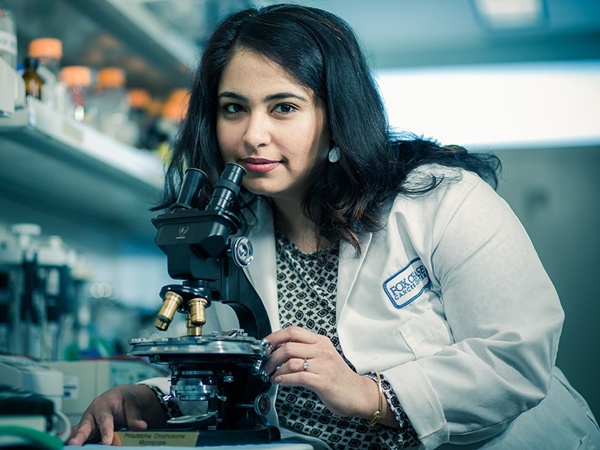