By Tessa Vellek and Will Craft

With CIRT centers costing about $300 million to construct—about twice as much as proton beam centers—the potential adoption of this technology threatens to further inflate health spending worldwide.

NCI’s strategy is to conduct a randomized controlled trial to determine the safety and efficacy of carbon ion therapy in Japan, where the new technology is available. Thus, ideally, CIRT would be thoroughly assessed before adoption in the U.S.

The concept was approved by the NCI Board of Scientific Advisors at a meeting June 22-23.

The carbon ion trial was one of six concepts approved by the BSA. The other five are:

• The International Agency for Research on Cancer.

By conducting the trial outside the U.S., where no CIRT centers are in operation, NCI also seeks to head off the problem now observed with proton beam, a technology being rapidly adopted throughout the U.S. ahead of conclusive evidence from randomized trials (The Cancer Letter, June 20, 2014, Oct. 25, 2013).

The proposal approved by BSA sought to conduct a five-year randomized trial in Japan—a country heavily invested in carbon ion radiation therapy but with no previous or planned randomized trials—at a cost of $2 million per year.

Though the board supported the study and unanimously approved it, comparative data are needed for all radiation modalities, several BSA members said.

“Should we consider doing this with photons, protons, and carbon?” said Kevin Cullen, director of the Marlene and Stewart Greenebaum Cancer Center at the University of Maryland.

“Because if you don’t, if the trial is positive, people are going to say, ‘Aha! We should build carbon facilities on every corner of the block.’ And if it’s negative, then people will still say, ‘Maybe protons are better.’ So you leave big questions that are going to have seismic implications in terms of how we’re spending our resources building facilities.”

“My concern would be that the results from this single study might be used to fill machines with patients with breast cancer or prostate cancer, where, in fact, there may be harms associated with the treatment, let alone lack of benefit,” said Ethan Basch, director of the Cancer Outcomes Research Program at the University of North Carolina Lineberger Comprehensive Cancer Center.

William Sellers, global head of oncology at the Novartis Institute for BioMedical Research, said it would make sense to conduct the study in several countries.

“I’m concerned if you do one site only, especially in Japan,” Sellers said. “If Japan has already reported a 54 percent response rate, what incentive do they have to randomize patients? So I want more than one site, especially Germany.”

BSA approved funding the Early Detection Research Network at its current level of $25 million, but balked at a proposed budget increase of $5 million per year. The EDRN brings together institutions to support both the discovery of new biomarkers and the creation of a standardized set of criteria for biomarker validation.

Faced with several years of declining budget—from $32 million to $25 million—the EDRN proposal sought an annual $5 million increase to a total of $30 million per year over the next five years.

The boost would help cover costs of the increased complexity of mid- to late-phase marker validation, and for the addition of laboratories focused on recalcitrant cancers, said Barnett Kramer, director of the NCI Division of Cancer Prevention,

Though the EDRN reissuance was passed unanimously, the board voted 16-7, with one abstention, to withhold the proposed increase.

The board supported the EDRN validation mechanisms, but one board member questioned whether the EDRN should be both discovering and validating biomarkers.

“I’m very supportive of this program with respect to the portion that has to do with validation,” said Andrea Califano, chair of the Department of Systems Biology at Columbia University. “The problem is that there is a fundamental conflict of interest.

“If you had an independent board, maybe people would not be so discouraged about submitting their biomarkers for review. Because right now people will choose the one internal to the network anyway.”

Others questioned the returns on the proposed increase in investment.

“One concern was that the biomarkers that have come all the way through the pipeline so far didn’t seem like the most impactful yet,” said Sangeeta Bhatia, director of the Laboratory for Multiscale Regenerative Technologies at MIT, raising the concern that the five EDRN biomarker assays approved by FDA are not medically transformative.

“If your return of investment is 1,000 biomarkers, and now five biomarkers are FDA approved, this is even worse than normal drug development, so I think [the discovery arm] may not be the most appropriate way to invest the money,” Califano concurred.

EDRN also validates markers discovered outside of the network. “Anyone inside or outside the EDRN can look at the specific criteria [to see] what kind of cut points we’re looking at,” Kramer said.

“There is an objective measure that they all must meet, that’s number one. Number two, whatever their level of enthusiasm, even if they’re within the EDRN, they have to face the other biomarkers and researchers, including the reference labs and validation centers. There is this correction mechanism to make sure that any interest is warranted.”

Speaking to the strengths of the network, Larry Norton, deputy physician-in-chief for Breast Cancer Programs at Memorial Sloan Kettering Cancer Center, delivering the report of the EDRN consulting team, said that that EDRN sets the standards for validation of biomarkers.

“The most important thing, and this appeared in many of our reports, is the validation step,” Norton said. “This is what is usually missing before you go to application. Without validation, if you just go from discovery to application, which can happen, you have the potential for disasters, which can cost lives.

“To emphasize something that’s already been mentioned by Barry Kramer, this is very cost-effective. It would probably be impossible to duplicate this for anywhere near this level of expenditure, if only because the organization and the infrastructure already exist.”

Provocative Questions Gets a Haircut

Funding for the Provocative Questionsinitiative, a grant-awarding program spearheaded by NCI Director Harold Varmus, was approved by the BSA for three RFA issuances at $20 million per year.

The four-year-old grant program was started to encourage research in understudied areas. Rather than identifying projects, the initiative invites applicants to submit project proposals aimed at answering “provocative questions.”

The proposal presented to BSA included several changes. The level of funding set aside was $20 million per year, a little less than 2011’s $22 million, and substantially less than the $39.2 million granted in 2012.

The number of questions was reduced as well, from 20 to 24 in the first few years of the initiative, to between eight and a dozen.

Edward Harlow, head of biological chemistry and molecular pharmacology at Harvard Medical School, who presented the initiative, said the budget was cut in part due to funding constraints.

“Twenty million is less than what we have been spending in the past,” Harlow said. “We are being responsive, I think, to the budgetary constraints that are going on, so that number has been coming down a little bit. But because we have gone down to fewer questions, and doing two years, that will increase the number of funded applications in any one area.”

The number of questions is being reduced both to allow for a concentration of efforts. Also, several questions generated no funded applications, Harlow said.

“One of the things we are proposing for next round is to shrink the number of questions we do in any one RFA,” Harlow said. “Rather than doing 24 or 20, we are suggesting doing eight to 12, depending on what questions we have available to try and concentrate our efforts.

“There are other examples, however, where we’ve had questions that we had no funded applications. In general, they have been quite difficult to fund in the next year as well. There are lots of possible reasons for that. The field isn’t ready to consider it, we are missing key reagents and resources, the right people aren’t applying, or, in fact, the question is just poorly written.”

The five questions that have generated no funded applications in previous years are:

• Why do second, independent cancers occur at higher rates in patients who have survived a primary cancer than in a cancer-naïve population?

• How do we determine the clinical significance of finding cells from a primary tumor at another site?

• Why are some disseminated cancers cured by chemotherapy alone?

• Can we determine why some tumors evolve to aggressive malignancy after years of indolence?

• How does susceptibility of exposure to cancer risk factors change during development?

In addition to shrinking the number of questions, the renewal RFA proposes formation of a “question team.” The team will be in charge of monitoring research progress as well as evaluating the relevancy and usefulness of each question.

The PQ concept was approved unanimously.

• The International Agency for Research on Cancer sought a new avenue of funding for the IARC Monograph program, which provides scientific evaluations of possible carcinogenic hazards.

NCI has provided support for the IARC Monograph program through an U01 award since 1982, but a new cooperative agreement would allow for the submission of a renewal application.

The Monograph Advisory Group prioritizes the types of agents, which are then evaluated via a comprehensive literature review by working groups with 60 to 70 high priority agents evaluated per year.

Planned evaluations for the next cycle include bisphenol A, aspartame, indium tin oxide, and nicotine/e-cigarettes.

• The second renewal RFA, the Breast Cancer and the Environment Research Program, a joint effort by the National Institute of Environmental Health Sciences and the NCI, aims to identify environmental factors and exposures that occur throughout a woman’s life that could predispose her to breast cancer.

The proposal sought 40 percent funding from the NCI, with 60 percent already guaranteed by the NIEHS, for a total budget of $48.4 million.

• The Consortium of the Study of Chronic Pancreatitis, Diabetes, and Pancreatic Cancer, the fourth renewal proposal, is a consortium proposing to address the connection between different types of diabetes and chronic pancreatitis and the risk of later development of pancreatic cancer.

True, President Joe Biden is proposing the largest-ever funding increase for NIH, with a substantial percentage of funds going toward cancer.
By Alexandria Carolan 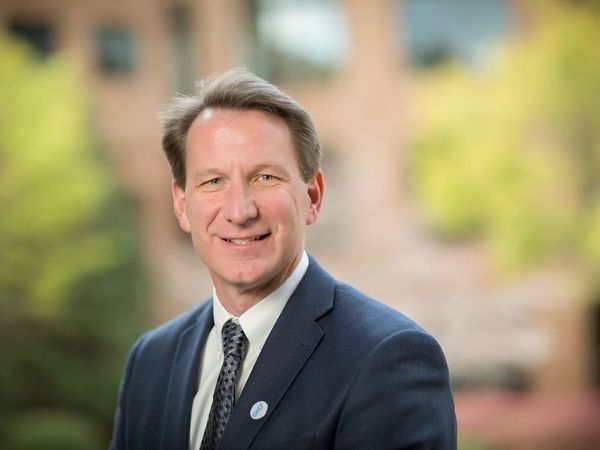 The Advanced Research Projects Agency for Health, the centerpiece of the Biden Administration’s war on disease, is designed to be something much more than an ordinary federal bureaucracy.
By Matthew Bin Han Ong 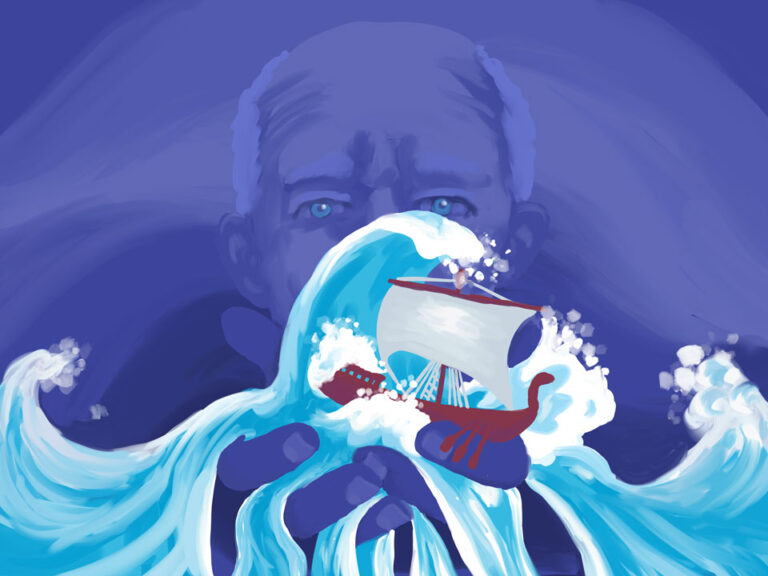 Annals of Unintended Consequences: How FDA regulations undermine the biosimilar marketplace and the BPCIA

In March 2010, as part of Affordable Care Act, Congress passed a well-conceived and critical legislative bill, the Biologic Pricing and Competition Innovation Act of 2009 (BPCIA)
By Howard S. Hochster and Michael P. Kane 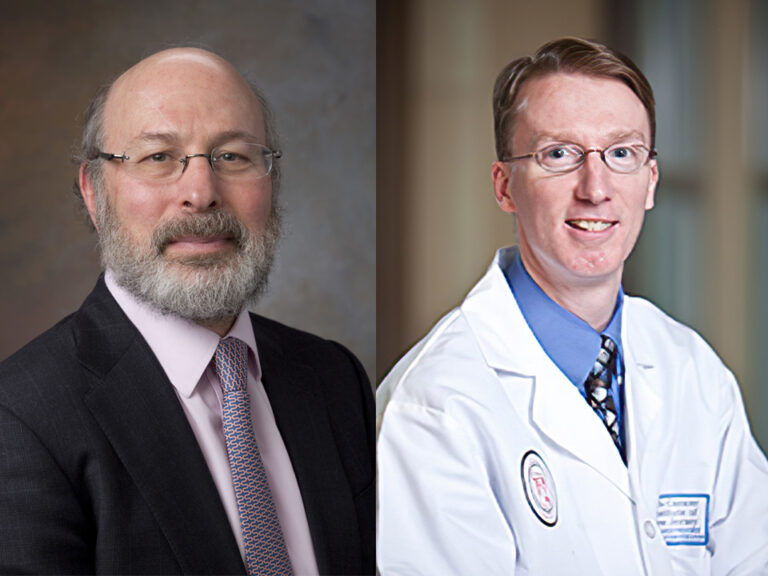 On the shoulders of giants: Research milestones and the Rabson-Kirschstein photo archive

Alan Rabson and Ruth Kirschstein came to NIH together and became a graceful power couple. Kirschstein would become a key contributor to the development of a safe and effective polio vaccine and the first woman director of a major institute at the NIH. 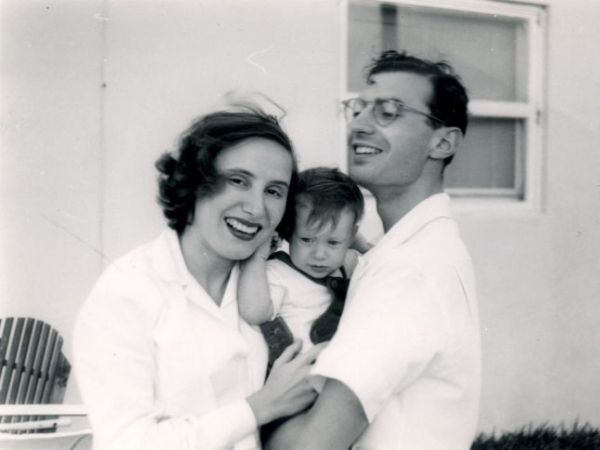 The Cancer Letter received eight 2021 Dateline Awards from the Washington, D.C. Chapter of the Society of Professional Journalists—five for journalism, and three for illustration.
By Paul Goldberg 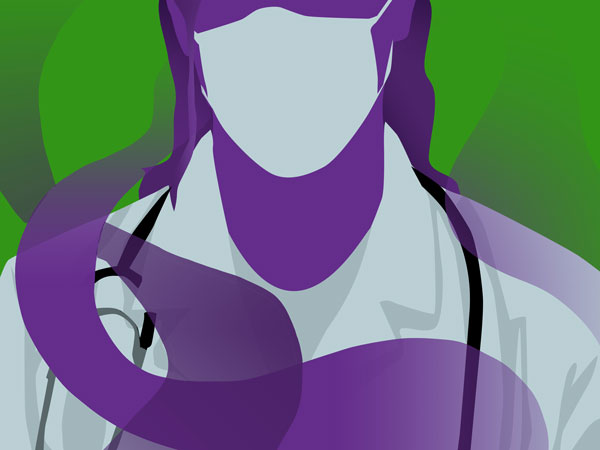