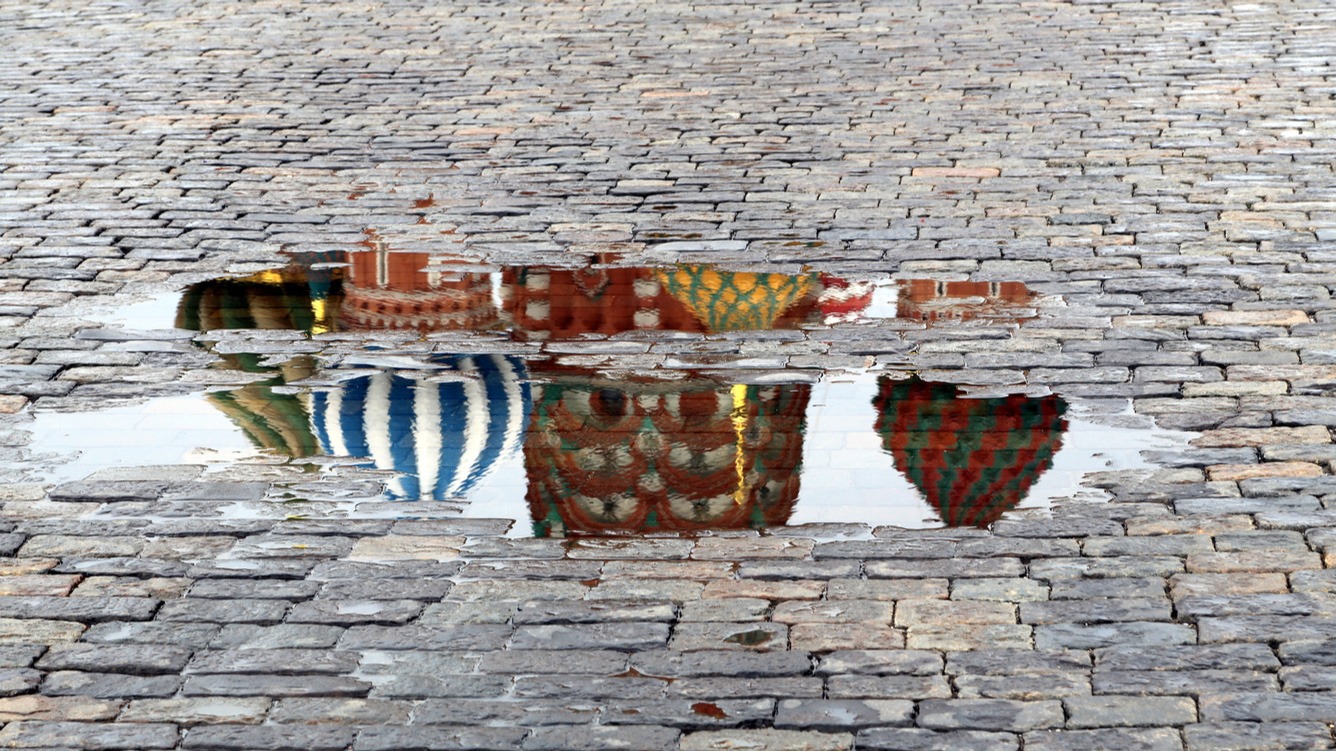 Soon after the Chernobyl accident, while caring for victims at Moscow’s Hospital No. 6, I commented: “In a nuclear age, an accident anywhere is an accident everywhere.”

This observation became all the more relevant after the nuclear missile accident in Northern Russia last week.

It’s difficult to discern reason, let alone strategy, in the Russian government’s response after the Skyfall missile (called the 9M730 Burevestnik by the Russian military and SSC-X-9 Skyfall by NATO) exploded during a test Aug. 8.

The accident occurred in the vicinity of the town of Severodvinsk. A radioactive cloud dispersed by tropospheric winds is easily and rapidly detected outside Russia—so there was no hiding the accident.

The Chernobyl accident was only one of a long series of mishandling of nuclear and radiation accidents by the Soviet and successor Russian governments. Russian citizens have no trust that they will receive reliable, timely information from their government regarding a radiation or nuclear accident.

This, of course, results in actions which are useless at best and harmful at worst.

Paul Goldberg, editor of The Cancer Letter, was in Moscow Aug. 8, when the television stations delivered a feverishly worded storm warning:

“A strong wind is expected. Seek cover in a sturdy building. Do not seek cover or park under trees or unsteady structures. Be vigilant and cautious. The telephone of emergency services is 01. 101.” 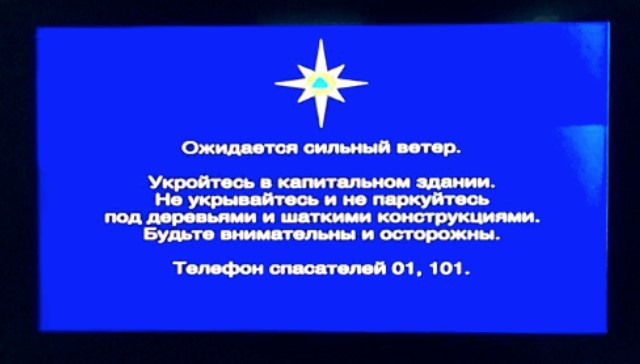 All of Moscow’s city parks were closed on Aug. 9.

Goldberg and his family, seeing no evidence of uprooted trees, flying billboards, or mighty streams rushing through city streets, spent much of the day outside.

Many Muscovites interpreted the storm warning as a crafty way to suppress attendance at political protests scheduled for that day.

In contrast, in St. Petersburg, much closer to the accident site, there was no weather alert. In Severodvinsk, citizens ran about trying to find iodine tablets to protect against absorbing radioactive iodine (and thyroid cancer).

This makes no sense, because a missile-based nuclear propulsion device would neither contain nor generate 131-iodine (in contrast to what happens in the core of a nuclear reactor).

On Friday, the newspaper Kommersant reported that military officials had ordered a month-long ban on swimming and fishing in Dvina Bay after detecting the presence of a highly toxic rocket fuel known as heptyl. A bad environmental outcome, but in this instance not from radiation.

The Skyfall accident occurred at Nyonoksa, a port on Dvina Bay, not far from Severodvinsk, at test site used for decades to test missiles, including ICBMs. Dvina Bay has been closed for the past month to non-military ships.

A Russian ship capable of recovering a nuclear propulsion device from the sea bed and transporting it is in the area.

More data have been released, making it clear this was an explosion of the nuclear engine rather than simply the normal rocket propulsion fuel.

The Nyonoksa military weapons testing range explosion released several rapidly decaying radionuclides, including strontium-91, barium-139, barium-140, and lanthanum-140, with half-lives of 83 minutes to 12.8 days. These radionuclides are typically created from fissioning uranium-235. The implication is the explosion was in the experimental nuclear engine and not the conventional liquid propulsion fuel.

There are several implications of these data. The good news is the radioactive release will be soon gone. We generally consider 10 half-lives as sufficient to exclude important medical and environmental adverse effects. However, the bad news is we are seriously into a new nuclear arms race. This event could prompt other countries to consider developing this type of weapons.

At least seven personnel on the platform were killed. Five of them were buried earlier this week in Sarov, a closed city in Russia close to Nizhniy Novgorod, where Andrei Sakharov, designer of the Soviet thermo-nuclear bomb and later Nobel Peace Prize laureate, was internally-exiled.

Their deaths were from the explosion, not radiation.

The big question: What will be the health consequences of this accident? Little if any, I suspect. A transient spike in background radiation levels was detected in several nearby cities, including Severodvinsk, which went from about 0.1 microsieverts per hour to about 2 microsieverts per hour.

Although this is a 20-fold increase, many places in the world have background radiation levels 10 to 100 times higher.

You can easily see radiation released from the Skyfall accident is unlikely to cause substantial adverse health effects. Nevertheless, the Russian government considered evacuating the nearby town of Nyonoska; a decision quickly and wisely cancelled. Whether this was prompted by concern over radiation exposure is unclear.

Regardless, it appears the nuclear propulsion engine was knocked into the sea and will need to be retrieved.

Now, some background on missiles and on using radionuclides for power.

Many objects, including spacecraft, satellites and navigational beacons designed to operate in remote areas like lighthouses in the Artic regions or on the moon, rely on the decay of radionuclides to provide power.

For example, the U.S., Russia and other countries have launched many satellites on long interplanetary missions. These satellites need a power supply for several months or years in extremely cold environments far from the sun.

Their electrical power comes from natural decay of radionuclides, usually 238-plutonium or 241-americium, which have half-lives of 88 and 432 years. The heat released from this process is converted into electricity by thermocouples.

The power source is termed a Radioisotope Thermoelectric Generator or RTG. The Mars Curiosity Rover gets its electricity from an RTG to power its ramblings in the Gale crater.

Many people are concerned an RTG carrying missile might explode on takeoff and contaminate the ocean with, say, plutonium, which would remain radioactive for about 1,000 years (10 half-lives).

However, the oceans are already radioactive from naturally-occurring radionuclides, such as thorium, radium and uranium washed off terrestrial surfaces by rain, rivers etc. Any contribution from a satellite’s radioactive energy source would be trivial and rapidly-diluted.

Let’s move to nuclear submarines, which are an entirely different matter. Nuclear submarines are attractive, because they can stay submerged for up to 25 years without refueling (They run out of food and water much sooner.) As such, a ballistic missile-armed nuclear submarine is a deterrent to an enemy first strike, because it presents the threat of retaliation. (A situation of little comfort to the victims.)

This controlled fission is similar to what happens when enriched 238-uranium fuel is fissioned at a nuclear power facility to produce electricity. Of note, the Soviet Union and Russia have had several disastrous accidents on nuclear-powered submarines, including an accident that killed 14 sailors about two weeks ago.

Next, we come to cruise missiles. Cruise missiles are designed to deliver a large warhead over long distances with high precision. Modern cruise missiles can travel at supersonic or high subsonic speeds, are self-navigating and are able to fly on a non-ballistic trajectory.

They generally consist of a guidance system, payload, and aircraft propulsion system. The payload is usually a nuclear warhead. Cruise missiles are typically propelled by a jet engine—think of it as a flying torpedo. Conventional cruise missiles have a limited range and can be targeted with varying success by anti-ballistic missile (ABM) defense systems.

Once in flight, a nuclear propulsion engine heats air to provide thrust to propel the missile forward, much like a ram jet. This type of missile would have unlimited range and fly time and could rapidly change trajectory in flight.

Difficult as it to destroy conventional cruise missiles with an ABM defense, it would be more difficult or impossible to stop this type of missile carrying one or several nuclear warheads. You can immediately see why such a weapon delivery system would be attractive.

In the 1950s and 1960s, the U.S. considered and partially developed this concept in the form of the supersonic low altitude missile (SLAM), but the project was dropped as impractical and was superseded by the development of intercontinental ballistic missiles (ICBMs).

Back to the future.

In March 2018, Vladimir Putin announced that Russia was developing a nuclear-powered cruise missile, the Skyfall, a hybrid ICBM with a liquid fuel launch engine and a nuclear-propulsion system.

Recently, Prof. David Nathan and I called on physicians everywhere to embrace the additional professional responsibility to prevent what could be a man-made catastrophe of nonpareil proportion—nuclear war.

As President James A. Garfield said: “The truth will set you free, but first, it will make you miserable.”

One can only hope for greater transparency from the Russian government when accidents like this occur. Do not think, however, Russia is alone in secrecy about its nuclear weapons program. We can only speculate what would happen were a similar accident to occur in the U.S., China, India or Pakistan.

But let me close with the biggest concern: the development of new, more effective nuclear weapons by the U.S. and Russia.

The Skyfall accident is trivial, compared with the medical and environmental consequences of the detonation of a nuclear weapon. It’s time for physicians to get involved in efforts to control an ever-escalating nuclear arms race and the collapse of treaties designed to control nuclear weapons proliferation, such as the Intermediate-Range Nuclear Forces (INF) Treaty, from which the U.S. and Russia have recently officially withdrawn, and Joint Comprehensive Plan of Action (JCPOA; the Iran Nuclear Deal), from which the U.S. has recently withdrawn.

The INF Treaty, which limited short and intermediate range cruise and ballistic missiles, expired in early August, and the new Strategic Arms Reduction Treaty (New START), which reduced numbers of Stratocaster nuclear missile launchers is due to expire in 2020, with neither the US not Russia showing interest in renewal.

None of these developments is good news for the world. Physicians need to get involved. 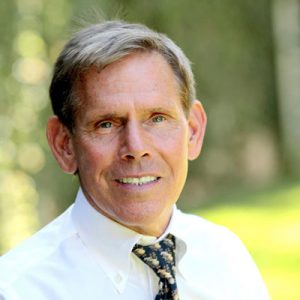