The cancer field is filled with advocates—advocates for research into specific forms of malignancy, advocates for access to care for patients with limited resources, advocates for pediatric cancers—you name it. Many of these people are motivated, passionate, determined, and successful in moving their specific agendas forward in the interests of patients, clinicians, researchers, and others.

But even within this motivated and passionate group of people, Mike Katz was a special individual who stood out. And he explained it this way:

“I’ve always chosen to live my life as if I didn’t have cancer. I just face forward and try to do everything I want to do, working around symptoms and treatment side effects,” he said. “I’ve been a patient for so long, I’m much better now at managing those things.”1

Diagnosed in 1990 at just 37 years of age with an iliac plasmacytoma that was causing weakness in his right leg and a consequent limp, he wasn’t initially told in any detail about the myeloma. His doctors were focused on the orthopedic problem and (again in Mike’s own words), “with the Internet still in its infancy, there were no online patient support groups or myeloma advocacy organizations to turn to for information.”

It was 18 months before Mike’s myeloma began to progress and he learned that an allogeneic bone marrow transplant (ABMT) might be wise. In 1992 myeloma was associated with a survival time of three to five years, and the overall mortality rate for an ABMT was between 25 and 50 percent. Mike had a head for statistics, and like the good researcher that he always was, he set out to “do his homework.” Along the way he met with the late Francesca M. Thompson—a highly regarded specialist in orthopedics. Dr. Thompson had written about her own struggle with myeloma,2 based on her experience as one of the very earliest patients to have an ABMT for myeloma. She not only helped Mike to decide what needed to be done to treat his own myeloma and its associated bone lesions, she also set him—inadvertently—on a course that would change his life.

“The impact of talking with Dr. Thompson,” said Mike, “was so powerful, and I felt so grateful, it got me thinking that I could do the same for others.”

From that point forward, Mike became one of the most widely known myeloma patients in the world. It is impossible here to document all of his efforts to help others diagnosed with this form of cancer, but his efforts went far beyond that:

He worked with the International Myeloma Foundation to set up their patient database.

He spoke as a patient for years at the IMF’s Patient & Family Seminars.

In 1995 he worked with others to build a web site for the IMF, which, for the very first time, allowed newly diagnosed patients from all around the world to gain knowledge and information about their disease within days of their initial diagnosis – and revolutionized access for patients to detailed knowledge and resources.

He founded an online myeloma discussion forum through the Association of Cancer Online Resources, which he moderated for the rest of his life.

And then he realized that he could do more:

He became a patient advocate with the Eastern Cooperative Oncology Group.

He was elected to be the Chair of ECOG’s Patient Representative Committee.

He became Chair of the Coalition of Cancer Cooperative Groups’ Patient Advisory Board.

He was appointed to and became Chair of the Director’s Consumer Liaison Group at the National Cancer Institute.

He participated in the Drug Development Patient Consultant Program at the U.S. Food and Drug Administration.

Meanwhile, at every annual meeting of ASCO and ASH for the past many years, Mike could be found in the IMF’s booth in the conference exhibit hall, where he conducted video-interviews about newly presented myeloma research with experts and researchers from all over the world—and many of those clinicians and researchers thought of those interviews as one of the highlights of the meeting.

And he was doing all of this while still holding his job as a partner and vice president with the New York-based consulting firm of Booz Allen.

But there were two other things of which Mike was particularly proud, even though he rarely mentioned them himself.

In 2004, after there had been multiple case reports of onset of osteonecrosis of the jaw (ONJ) among patients being treated with bisphosphonates for myeloma, Mike worked with others to survey over 1,200 patients (most with myeloma but nearly 300 with breast cancer). They showed that among the patients with ONJ (or showing symptoms suspicious for this condition), 71 percent had been treated with zoledronic acid and the other 29 percent had been treated with pamidronate.5Few cancer advocates have ever got their names as an author on a research paper in the New England Journal of Medicine. These findings led to changes in the prescribing information for the bisphosphonates as a class, and to changes in clinical practice guidelines for the use of the bisphosphonates.

Slightly earlier, he had persuaded the Chair of the ECOG Myeloma Committee to conduct a randomized, comparative trial (E4A03) of low-dose vs. standard-dose dexamethasone, along with lenalidomide, in the first-line treatment of newly diagnosed myeloma, based on his personal experience of using low-dose dexamethasone, along with the experience of other patients with whom he had been communicating. The clear survival benefit in this trial (initially reported at the ASCO annual meeting in 2007),3,4 and the reduction in adverse events, favored the low-dose dexamethasone regimen. This not only revolutionized the first-line treatment of myeloma, it also led to radical changes in the dosing of dexamethasone in almost all cancer regimens requiring the use of this corticosteroid.

At the annual meeting of ASCO in 2014, Mike was deservedly recognized—very much to his own surprise—with the ASCO Partners in Progress Award for his contributions to cancer awareness and public advocacy. He will be widely missed, not just by his family and friends, but by all in the myeloma community and by many, many people across the cancer community as a whole.

Mike died on Sunday, April 26, on Long Island, from complications associated with multiple myeloma, with which he had lived for a total of 24 years—an unheard of survival time in 1990, when he was initially diagnosed. He quite certainly benefitted from the several new drugs that have been added to the myeloma armamentarium over the past 15+ years, and he participated in early clinical trials of several of these agents. He had also been diagnosed with and successfully treated for colon cancer along the way.

He is survived by his wife, three sons, and seven grandchildren. He will be remembered as a colleague, friend, mentor, adviser, and someone who would invariably go the extra mile to help others. While he could certainly “speak his mind” when he felt he needed to, nothing was ever about him; almost everything he did was done to help others. He will also be remembered for his passion for opera, his involvement as a lay leader at his synagogue on Long Island, and his volunteer work for Lifeline for the Old, an organization in Israel that provides employment and social services for the elderly.

The author is a member of the board of directors of the International Myeloma Foundation.

• Officials Open to Fine-tuning Group Budgets as Advocates Chip Away at NCTN’s Façade (The Cancer Letter, May 2, 2014) 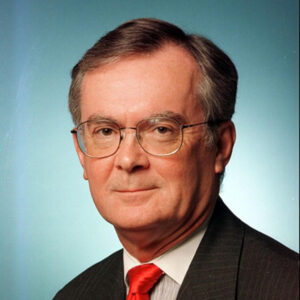 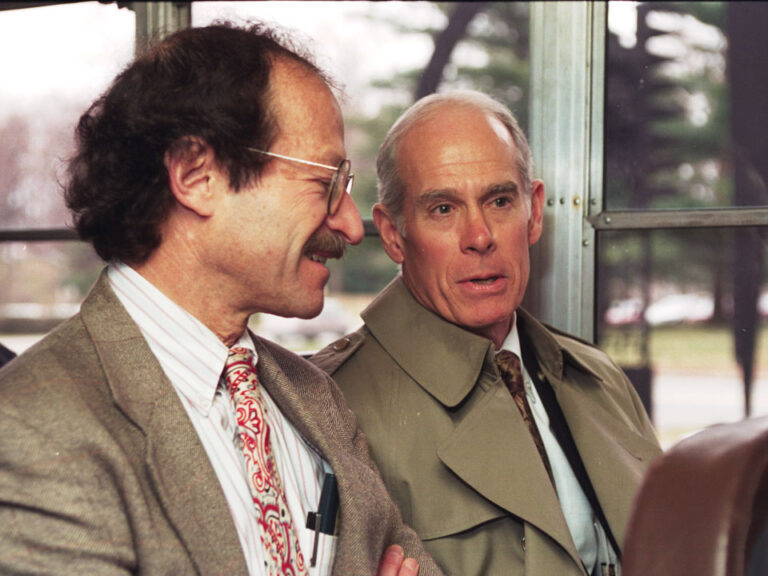 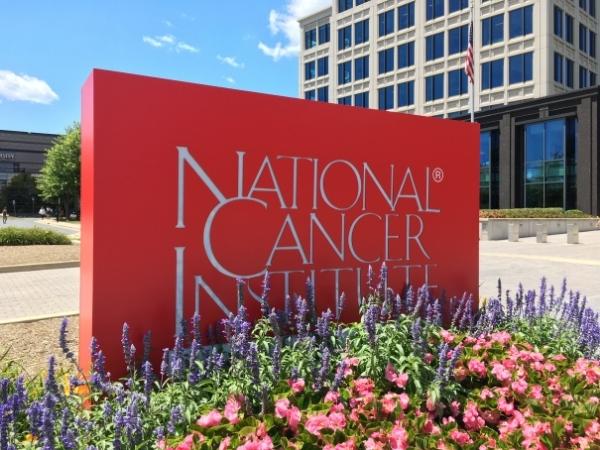 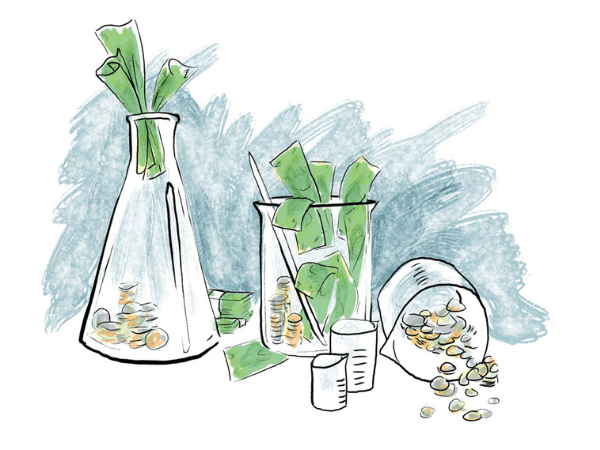 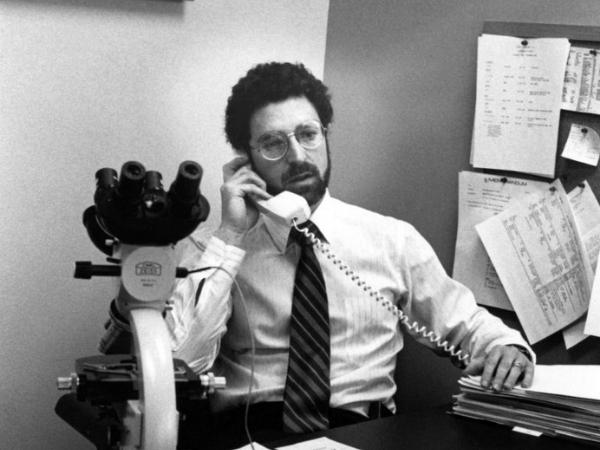