Letter To The Editor

The text of Hooman Noorchashm’s Nov. 13 letter to the editor of The Cancer Letter follows. Noorchashm is an assistant professor and cardiac surgeon at Thomas Jefferson University Hospital.

Thank you for forwarding Dr. Walls’ letter of Nov. 10, 2015, in response to Pennsylvania Congressman Rep. Mike Fitzpatrick, to me.

I assure you that the BWH corporate leadership requires public exposure—because this leadership is ethically corrupted and protectionist in a way unbecoming of trusted physicians at one of the most powerful hospitals in our nation.

Rep. Mike Fitzpatrick’s letter of Nov. 5, 2015 to the BWH administration stemmed from his surprise by the BWH action against us. Specifically, because of the close interactions we’ve had with the congressman and his staff since January 2015.

Dr. Reed, myself and our entire family recognize, as should the BWH administration, that if this congressman believed that I represented a threat to public safety, he would not have written this letter to Professor Walls. In fact, one of Rep. Fitzpatrick’s legislative hallmarks is public safety and national security—in which he is tough, well recognized and highly effective.

The relationship between our family and Rep. Fitzpatrick’s is one of mutual respect for the work we are accomplishing together in defense of public health and patient safety.

Rep. Fitzpatrick is moving quite powerfully to bring legislative cogency and government oversight to the FDA’s medical device regulatory paradigm and to women’s health in the U.S.—specifically, by aiming to eliminate power morcellators and the Essure sterilization coils in women’s health, so that no other women are ever harmed by these dangerous medical devices in America again.

Notwithstanding, based on the BWH corporate leadership’s continued unintelligible actions, such as the present letter to Mr. Fitzpatrick, I feel compelled to respond in some detail to Dr. Walls’s letter of November 10.

What follows is a complete response to Dr. Walls and the BWH leadership, and their most recent illegal and unethical behavior towards my wife and I—while we were patients at the Brigham on Nov. 2 to Nov. 4 this year.

We ask that you publish this detailed letter for the public record and for the history of the Brigham and Women’s Hospital and Harvard Medical School to remember:

First and foremost, on Nov. 3, a senior Suffolk County judge heard our case against Dr. Walls and the BWH leadership and granted a TRO (temporary restraining order), finding irreparable harm based on the potential for even more damage to our reputations.

Our attorney argued that BWH imposed the restrictions in retaliation of my criticism and was retaliating based on my outspoken criticism, which violated my First Amendment right to free speech. Of course, these leaders arrogantly seem to believe that the court system is in the wrong—as they have stated to the media on several occasions.

Let me be clear: this case went to court in Suffolk County, Mass., it was argued by skilled lawyers on both sides, and it was vetted by an experienced judge who ruled that the BWH behavior was retaliatory and in violation of my constitutional rights.

The fact that these folks in current BWH corporate leadership wish to continue retaliating and creating further bad publicity for themselves is really quite foolish and short-sighted of them. Particularly, because there is no possible way that myself or anyone in my family could pose a physical threat to anyone, ever!

This retaliatory behavior is certain to create both legal and public relations problems for this leadership in the near future. Dr. Reed and I are both fully committed to demonstrating this leadership’s weakness and ethical corruption, which led to American lives being compromised at BWH and elsewhere. Such negligent behavior is unworthy of Harvard leadership or of the city of Boston—as Dr. Reed and I have stated repeatedly.

Second, what I originally took to the BWH surgical leadership’s attention (i.e., Drs. Stan Ashley, Robert Barbieri and Michael Zinner) in October 2013, after my wife’s complication, was a severe nationwide public health hazard in the care of women.

Since December 2013, this hazard has been vetted and demonstrated to be factual, repeatedly, by the FDA and other scientific bodies—that morcellation is an avoidable, oncologically hazardous and potentially deadly practice, is no longer a matter of controversy.

In fact, a majority of hospitals and doctors in the U.S. have abandoned power morcellation as a result of our public health campaign. Tragically, the BWH leadership in GYN and the BWH’s upper management had prior knowledge of and had suppressed the information since before 2011, by vacillating on it or fully ignoring it—hemming and hawing without action, and even denying that a hazard exists.

They didn’t even bother informing their patients of the hazard until we came to them with a promise of introducing the BWH failure to the Wall Street Journal reporters. You see, when innocent and unsuspecting lives are in harm’s way, it is unbecoming of their leadership station as doctors at the most powerful medical establishment in the world to not have acted to protect women’s health.

These men and women behaved as they did, because their corporate and liability interests were being threatened and they found themselves unable to act as leading physicians ought to. These were risk-managers at work, not doctors.

Third, my several thousand emails to the BWH management starting October 2013 were calls to moral leadership as physicians. By December 2013, I had fully recognized that they would be incapable of standing strongly in defense of women’s health nationwide from their Harvard perch—as such, Dr. Reed and I were left with no choice but to go public and to vocally call for their resignation.

And I have done so vigorously and non-stop for nearly two years now, because I am certain that the current corporate leadership of the BWH is ethically corrupted and in violation of federal regulation. Engaging in this fight with the BWH corporate leadership was a grave and difficult personal decision for me, because for many years I had aspired to and respected the station Harvard professors hold in the American medical establishment and history.

I did, in fact, call their actions unforgivable and I stand by this characterization—the accusations were and remain very pointed. And I continue to maintain that the BWH corporate behavior in not terminating power morcellation at BWH has been criminal. I am sure that hearing such loud objections was rattling to all corporate staff and GYN leaders.

I also suspect that it is unprecedented for these men and women to be spoken to so bluntly given their high sense of self-importance as Harvard professors and leaders. But for these corporate leaders to make the jump from my verbal critique of their awful leadership to any threat of physical violence in order to retaliate against me is absurd, protectionist and mafia-like behavior.

Very certainly, hiring a witch-hunter to smear my name and publicly allege that I am capable of violent action against colleagues, many of whom are my dear friends, is terribly corrupt and very weak.

Fourth, Dr. Reed and I have visited BWH and DFCI at least ten times since her complication and no safety issues were raised. None of our physicians, as they have stated in court records ever felt unsafe in our presence. Now, suddenly, on Nov. 2, 2015 I am returning my wife to undergo life-saving treatment from her physicians, who are truly the best in the nation, and this administration chooses to retaliate and exercise unlawful protectionism?

Incredibly, this retaliatory action coincided with our lawyer filing a suit against the GYN faculty for medical negligence leading to irreversible harm to my wife and family. Of course, the amazing reality is that even the BWH security guards, who were assigned to our detail on Nov. 2 to Nov. 3, thought the whole thing was a joke—especially as our friends and colleagues at BWH surrounded us warmly. The guards routinely left me alone in the presence of my former colleagues, friends and other staff members and on the inpatient floor: a security threat, indeed!

Finally, I find the BWH’s persistent and thoughtless response to us and our campaign against morcellation and against their leadership to be elementary and amateur from a public relations and risk management standpoint—as demonstrated in their latest letter to Mr. Fitzpatrick.

I think the best they could do at this juncture in time is to issue a sincere, heartfelt and public apology to my entire family, call for a total abandonment of morcellation in gynecology at Partners Health hospitals (and nationwide), and then step down from the Brigham’s leadership—to allow a strong breed of leading doctors and surgeons to take the helm at BWH.

Of course, my experience with these folks has demonstrated that there is simply too much of what some have called “Harvard Hubris” guiding their actions for them to see the correct and logical course of action—or perhaps it is the ineptitude of their legal advisors.

Dr. Reed and I are committed to relying on public outcry and the court system to vet out these weak men and women—because Harvard Medical School appears unable to eliminate weakness and ethical corruption well enough.

If and when necessary again, our attorney, Mr. Tom Greene, will move to bring the full force of legal protections, the United States constitution and the pertinent law enforcement agencies against the BWH for any further illegal and unethical behavior—should they continue to persist in their retaliatory behavior, in any further attempts at defaming myself and my family, or attempt to prevent my wife to receive the care of her outstanding BWH/DFCI physicians.

I assure you that in the aftermath of falling to what is now confirmed to be a disaster in women’s health because of a BWH leadership negligence, Dr. Amy Reed and I have risen, as a son and daughter of the medical establishment in the United States, in vocal defense of public health, patient safety and medical ethics.

These corporate leaders at BWH, who stand retaliating against us, are standing on the wrong side of medical history, in diametric opposition to the purpose of one of Boston’s most esteemed hospitals.

We look forward to demonstrating these fact before a court of law and in the public eye—and we anticipate the departure of these men and women from Harvard leadership, soon.

My sincere thanks to you for the opportunity to provide this detailed rebuttal to an unethical corporate leadership, which is guilty of violating federal law and the fundamentals of human decency. Their days as corporate leaders at BWH are now numbered. 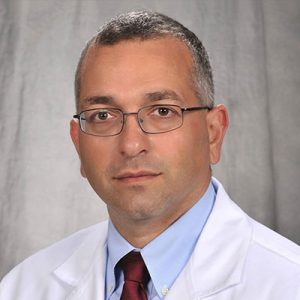